As we start the new year, we take our hats off to the stars who kept us entertained all of 2019.

Reese Witherspoon starred in not only one, but two high-profile TV shows – HBO’s Big Little Lies and Apple TV+’s splashy The Morning Show. For the latter, Witherspoon – who is also the executive producer – was paid a cool US$1mil (RM4mil) per episode for the 10-episode series. She was also nominated for a Golden Globe for her role as a hot tempered broadcast journalist.

Next up, the 43-year-old stars in another TV show, this time opposite Kerry Washington in Little Fires Everywhere in March. 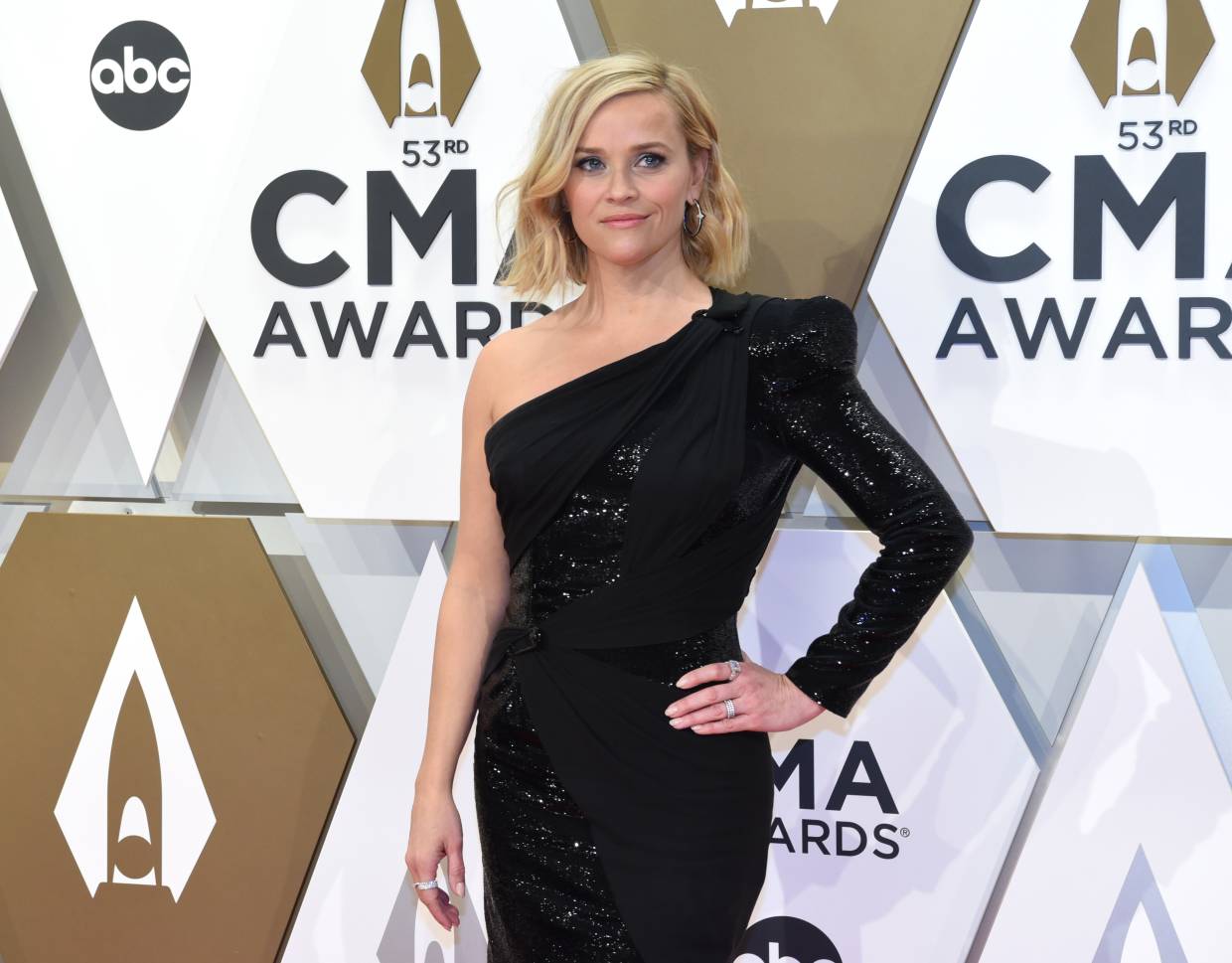 Everything Keanu Reeves does makes everyone sit up and take notice. The 55-year-old made headlines this year with John Wick: Chapter 3 – Parabellum, which made US$326mil (RM1.3bil) worldwide, the highest collection in the franchise. He also voiced a toy stuntman in Toy Story 4, and made a much talked-about cameo in Netflix's Always Be My Maybe.

And in November, Reeves went public with a female friend Alexandra Grant at an event in Los Angeles. Though he has not acknowledged the relationship, fans are happy for Reeves, who is notoriously private about his love life.

The scruffy star also went high fashion when he was chosen to front Saint Laurent’s ad campaign. Next up is 2020's Bill And Ted Face The Music, and then the highly anticipated Matrix and John Wick sequels, scheduled to be released on the same day on May 21,2021. Fans and media have dubbed it the “Keanu Reeves Day”. 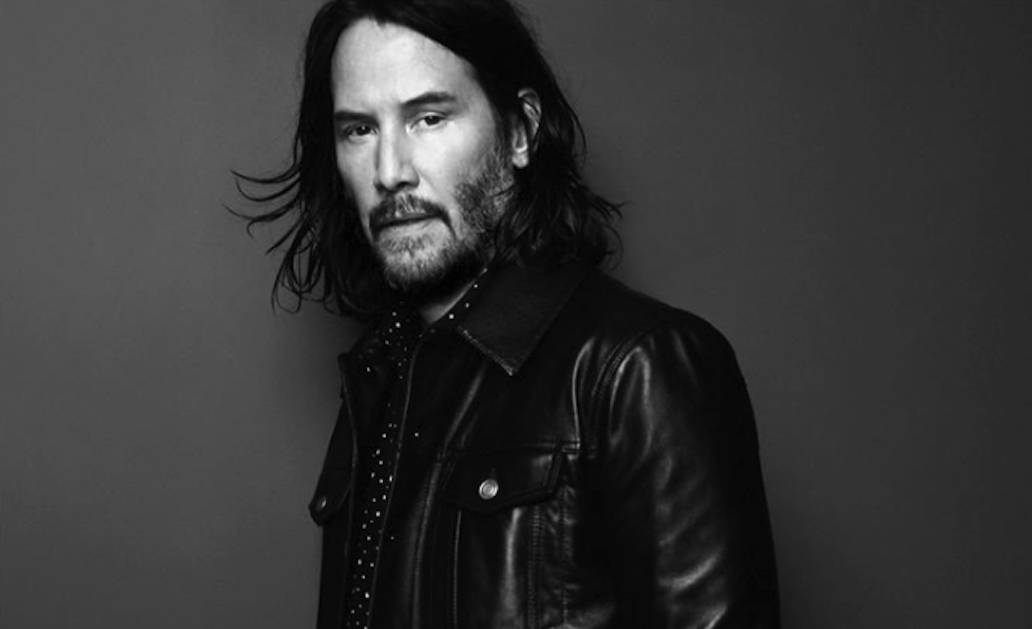 It is no surprise that the septet from South Korea continues to dominate the music scene back home as well as globally.

Its album, Map Of The Soul: Persona is the best-selling album in South Korea (shifting 3.69 million copies), and the boys performed to sold-out stadiums all over the world, including the Britain’s Wembley Stadium, and became the first Korean group to perform on Saturday Night Live in April.

According to Variety, BTS contributes to US$4.65bil (RM19bil) of South Korea’s gross domestic product, which puts the group on par with big companies like Samsung and Hyundai. Oh my my my, indeed.

There’s just no stopping this petite dynamite, who just keeps going from strength to strength. In February, the 26-year-old made news when three of her singles – 7 Rings, Break Up With Your Girlfriend, I’m Bored and Thank U, Next – held the No.1, 2 and 3 positions respectively. She’s in good company; the last artiste to achieve similar feat was The Beatles in 1964.

When J.Lo turned 50 this year, she set a new standard for everyone - for the young to know 50 ain’t old and for the boomers to realise that at half-a-century-old you can lead a fulfilling life, and look fabulous while you’re at it.

She turned heads when she walked the runway in Milan in the (updated) iconic Versace dress she wore to the Grammys 19 years ago. On the career front, she won critics over in her role as a stripper in Hustlers, while in her personal life, the three-time married star got engaged to baseball player Alex Rodriguez. 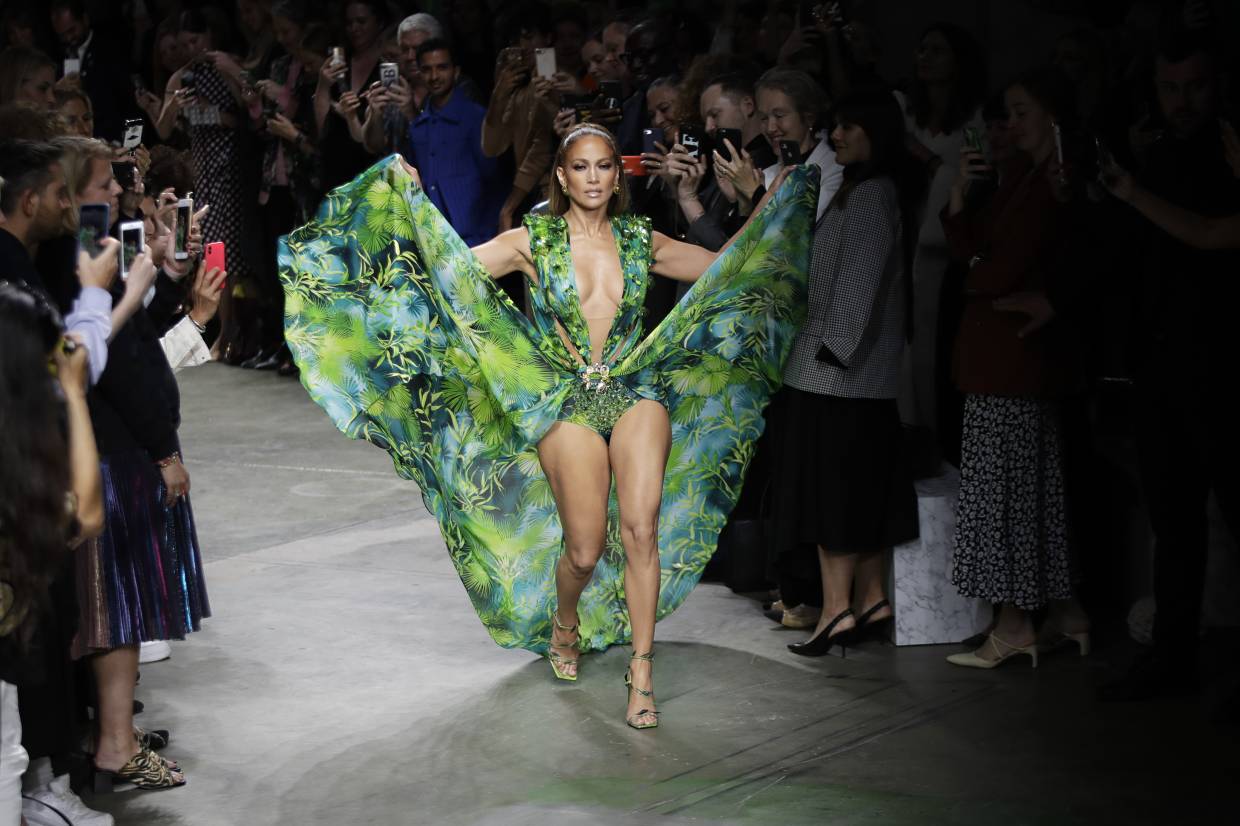 Jennifer Lopez wears a creation as part of the Versace Spring-Summer 2020 collection, unveiled during the fashion week, in Milan, Italy, on Sept. 20, 2019. Photo: AP

What do BoBoiBoy, Upin, Ipin and Ejen Ali have in common? They are all fictional animated characters, made in Malaysia. They are also the stars of movies that did extremely well in the local box office in 2019.

BoBoiBoy Movie 2 is currently the No.1 animated film in the country, earning RM29.8mil. The mischievous twins Upin and Ipin’s adventures in Upin & Ipin: Keris Siamang Tunggal collected RM26.5mil at the box-office, while Ejen Ali The Movie has earned RM25mil (it’s still playing in cinemas so it has time to catch up).

Ejen Ali also has the distinction of beating the hotly anticipated Frozen II to the top spot at the box office on its opening weekend. Memang Malaysia Boleh!

Jennifer Aniston made headlines this year for two reasons. First, she returned to TV after a 15-year hiatus after the end of Friends. In The Morning Show, the 50-year-old stars as a morning show TV host who is caught in the middle of a scandal when her male co-host is accused of sexual misconduct. For that, she received a nomination for Best Actress in the upcoming Golden Globes.

And to toot her return to TV, Aniston – who usually shies away from social media – joined Instagram. And within five hours, she amassed one million followers, setting a Guinness World Record as fastest IG account to reach a million followers. Now, the number stands at 22.2 million. 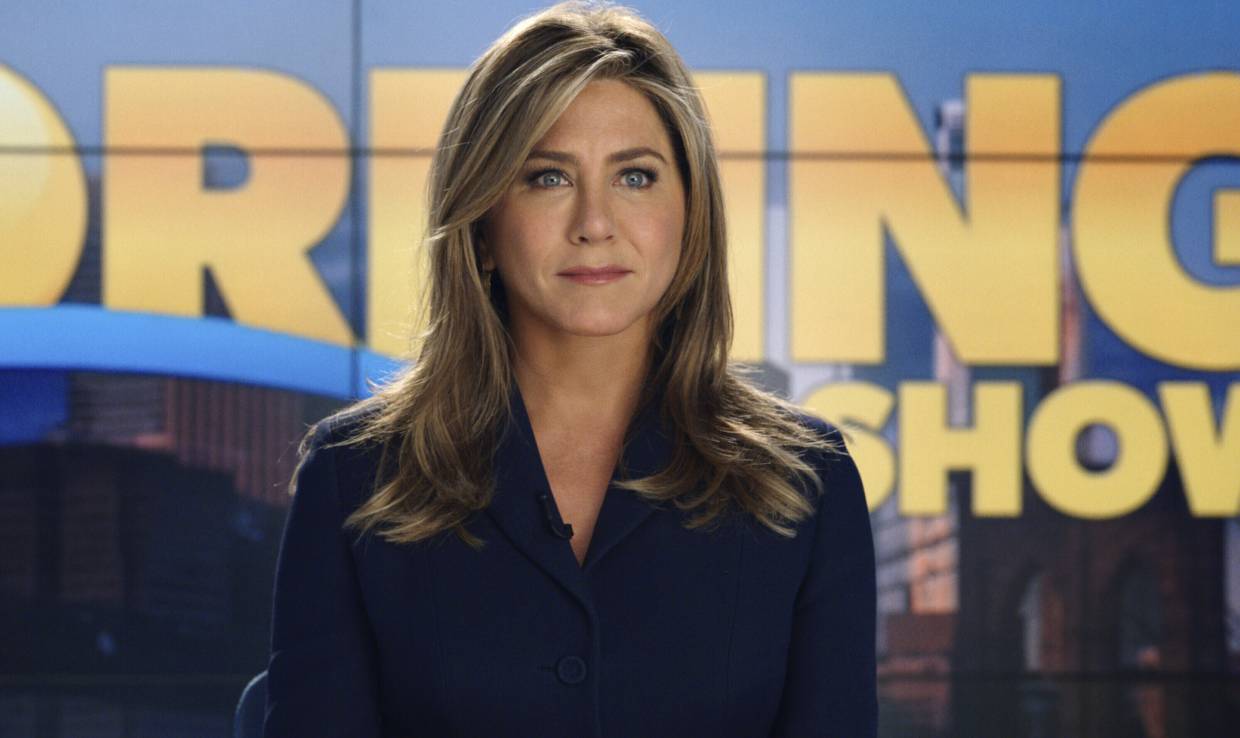 Jennifer Aniston in a scene from 'The Morning Show'. Photo: AP

Woman yelling at a cat 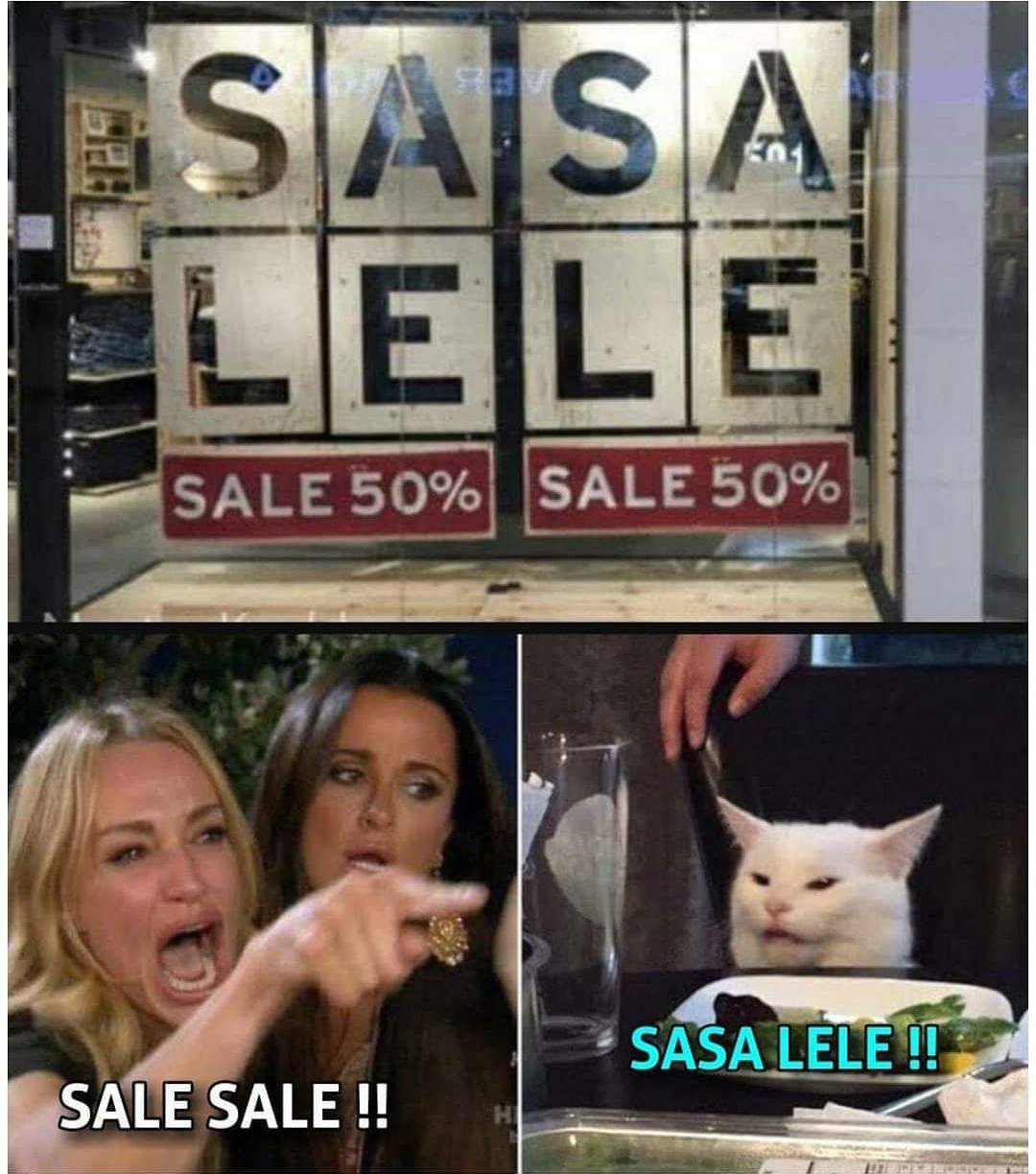 This year, no other memes made us laughed so hard like the Woman Yelling At A Cat meme.

This meme, which started circulating in May, is a combo of two photos – a scene from a 2011 episode of Real Housewives Of Beverly Hills featuring Taylor Armstrong, the shrieking blonde woman, and Smudge, a white kitty from Canada – with both parties offering differing opinions.

Netizens have of course used this template to create their own memes – ranging from sassy insults to everyday arguments – to hilarious effect.