It’s been quite a year for comic book fans, with mega movie events, superheroes popping up everywhere, and some sad news regarding some legends and icons in the industry.

The year began with more sad news. While not as devastating as the death of Stan Lee last December, it was still sad to find out that one of the all-time great comic creators, George Perez, was retiring from "the business of creating new comic stories".

"With respect to future published work in comics and such... while I know it's been no secret that I've been dealing with a myriad number of health issues (diabetes, heart ailments, vision issues), they have indeed have forced me to, for all intents and purposes, formally retire from the business of creating new comic stories, ” he wrote in a Facebook post in February.

In a tribute to Perez, WOW columnist Kaleon Rahan wrote, “(he) was responsible for many key moments and milestones in comics, including Thanos holding the Infinity Gauntlet (Infinity Gauntlet #1), Supergirl's death (Crisis On Infinite Earths #7), Superman lifting Mjolnir (JLA/Avengers #4), the JLA and Avengers co-existing in the same book (JLA/Avengers miniseries), Superman and Wonder Woman's first kiss (Action Comics #600) and all the mesmerising "strike-a-pose" images featuring the JLA, Avengers and the Fantastic Four.”

Marvel Studios’ Captain Marvel kicked off the year with a bang, but off the screen and on the page, women were making waves as well, as some of the best comics in 2019 featured female lead characters or female creators.

Regular favourites like Monstress (Marjorie Liu and Sara Taneda), Pretty Deadly (Kelly Sue DeConnick, Emma Ríos and Jordie Bellaire), and Giant Days (John Allison, Max Sarin, and Whitney Cogar) continued to impress, while Sara (Garth Ennis and Steve Epting), Invisible Kingdom (G. Willow Wilson and Christian Ward) and Laura Dean Keeps Breaking Up With Me (Mariko Tamaki and Rosemary Valero-O’Connell) are a few titles that have made some of the year’s Best Comics lists as well. 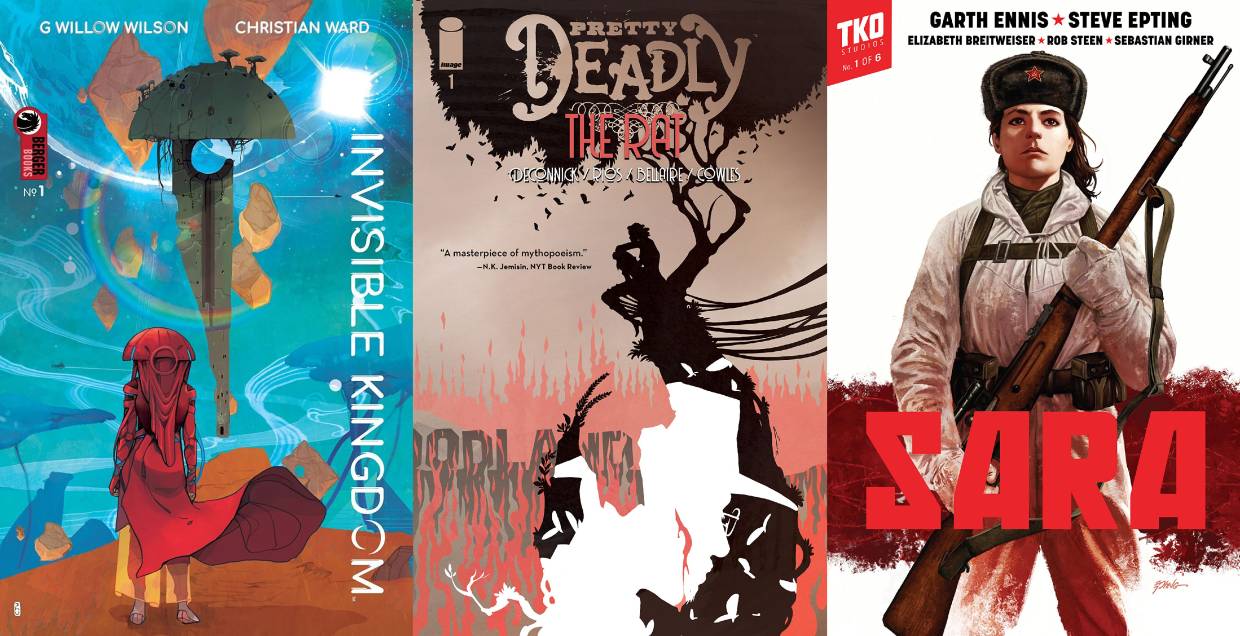 (From left) 'Invisible Kingdom', 'Pretty Deadly: The Rat', and 'Sara'.

For those who grew up with Alfred E. Newman’s iconic “What me worry?” phrase and endless parodies on the front cover of MAD magazine, July brought the sad news that the magazine was finally folding after 67 years.

MAD was no longer sold in newsstands after August, and even subsequent ‘new’ subscriber-only editions would only feature new covers, and not new content.

Also read: What, me worry? 'MAD' magazine effectively shuts down after 67 years 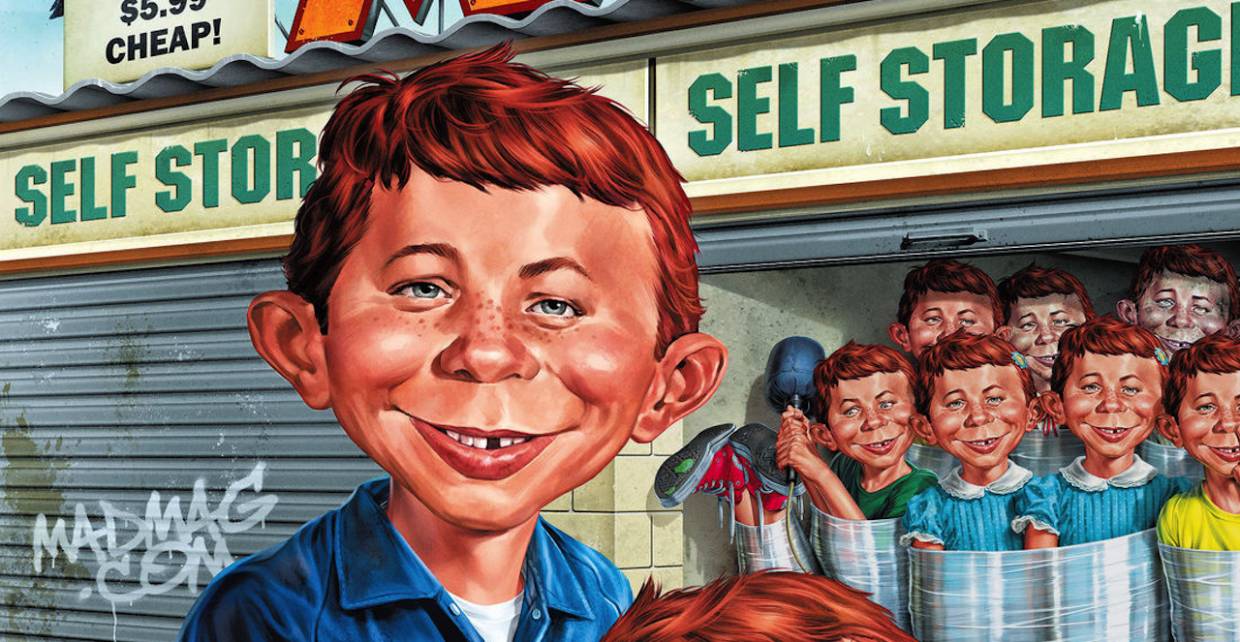 Goodbye, MAD Magazine. We'll worry a lot more without you.

Among all the major events Marvel and DC churned out this year, one has stood out not just for being a darn good story, but also for its sheer ambition in rewriting the X-Men.

That the scale of ambition is so great with the House Of X and Powers Of X double whammy should come as no surprise, as it is written by the master of grand visions – Jonathan Hickman. Under his pen, Mutantkind was given a new lease of life, and also had its future remapped at the same time, paving the way for the X-Men to rise once more. 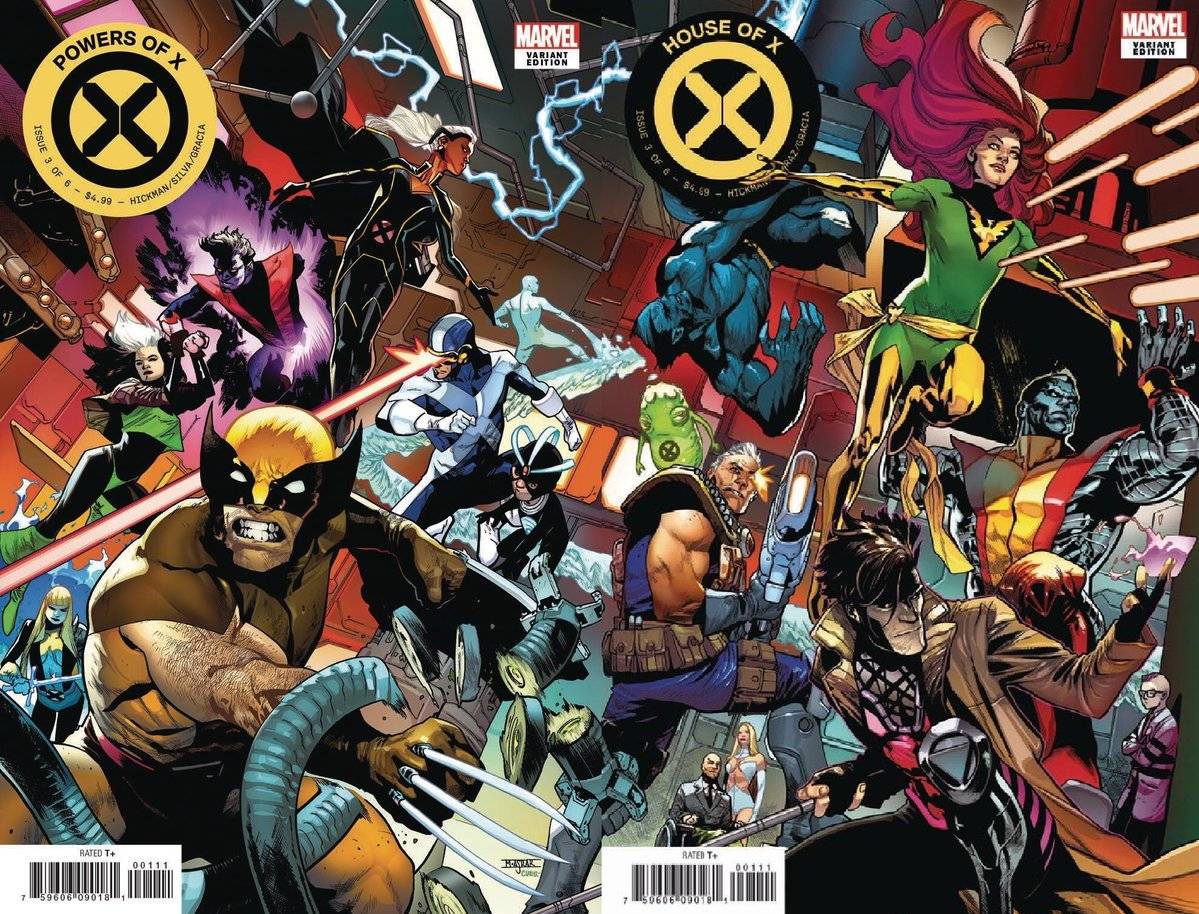 The imprint that gave us The Sandman, Y: The Last Man, Hellblazer, Fables and Preacher is no more. Having been relaunched in 2018 to celebrate its 25th anniversary, DC Comics have decided that the Vertigo imprint, which features the publisher’s more mature and adult-oriented work, will be shuttered to make way for a more age-specific focus. In 2020, DC comics will effectively be divided into DC Kids (for readers ages 8-12), DC (for ages 13+) and DC Black Label (for those 17 and older). 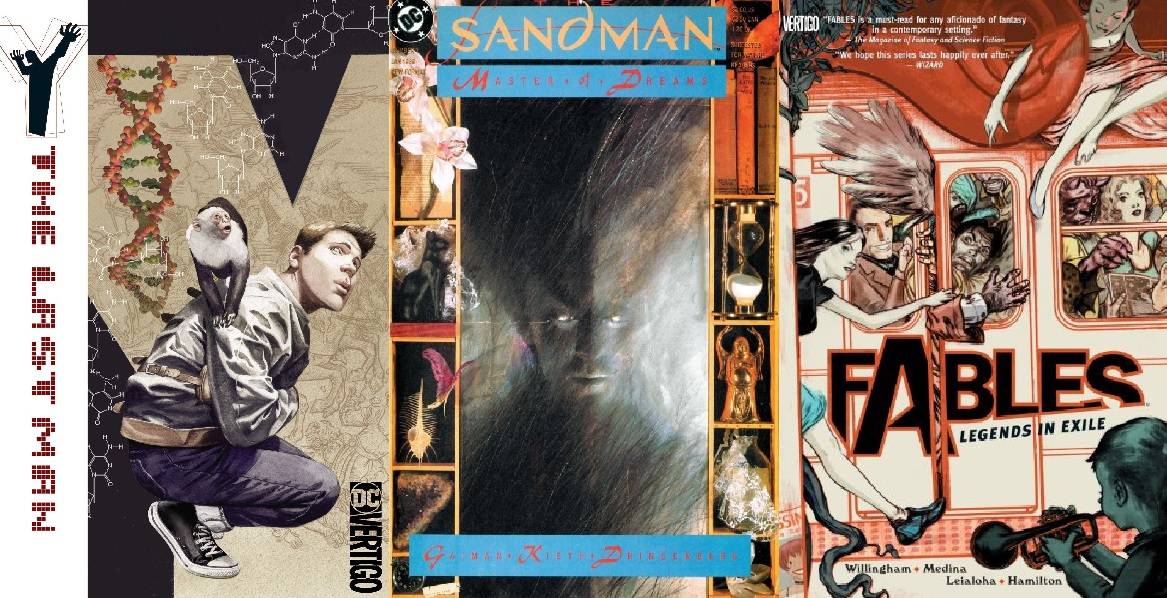 Avengers assemble on screen at last

Never mind the past 10 years of Avengers and Marvel movies - the Marvel Cinematic Universe’s greatest and most triumphant moment came when, after all the superheroes had gathered to face Thanos’ forces, Captain America finally utters that iconic phrase, “Avengers.... assemble”.

Avengers: Endgame was a watershed moment in superhero lore, not just because it was arguably the pinnacle of all superhero movies (for now), but also in the way it made all our superhero dreams come true.

After 10 years, we finally got to hear those immortal words uttered on screen.

What Marvel can do, DC can do too... on TV! December saw arguably THE biggest superhero TV event ever begin, as the Arrowverse pulled off a crossover that literally spanned the ages. The Crisis On Infinite Earth crossover event, which pans out across the Arrow, The Flash, Supergirl, Batwoman and DC's Legends Of Tomorrow shows, and ends in January 2020, saw a who's who of DC superheroes from a multitude of 'Earths' making an appearance.

This includes not one, not two, but THREE Supermen, with Brandon Routh and Tom Welling returning to the roles that made their careers, alongside the Arrowverse Supes, played by Tyler Hoechlin.

And to top it off, we got Kevin Conroy, yes, THE voice of Batman in Batman: The Animated Series, playing Bruce Wayne!

Speaking of live-action DC, after the disastrous dalliance with the Zack-Snyderverse, DC might be making comeback in the movie cinemas. Shazam! was a fun ride that did reasonably well (before being drowned out by the Endgame noise), but it was Joker that really brought in the critics and the big bucks for DC.

While the trailers for Birds Of Prey have given us bad vibes, Wonder Woman 1984 looks like a winner, while we have high hopes for James Gunn’s Suicide Squad reboot. 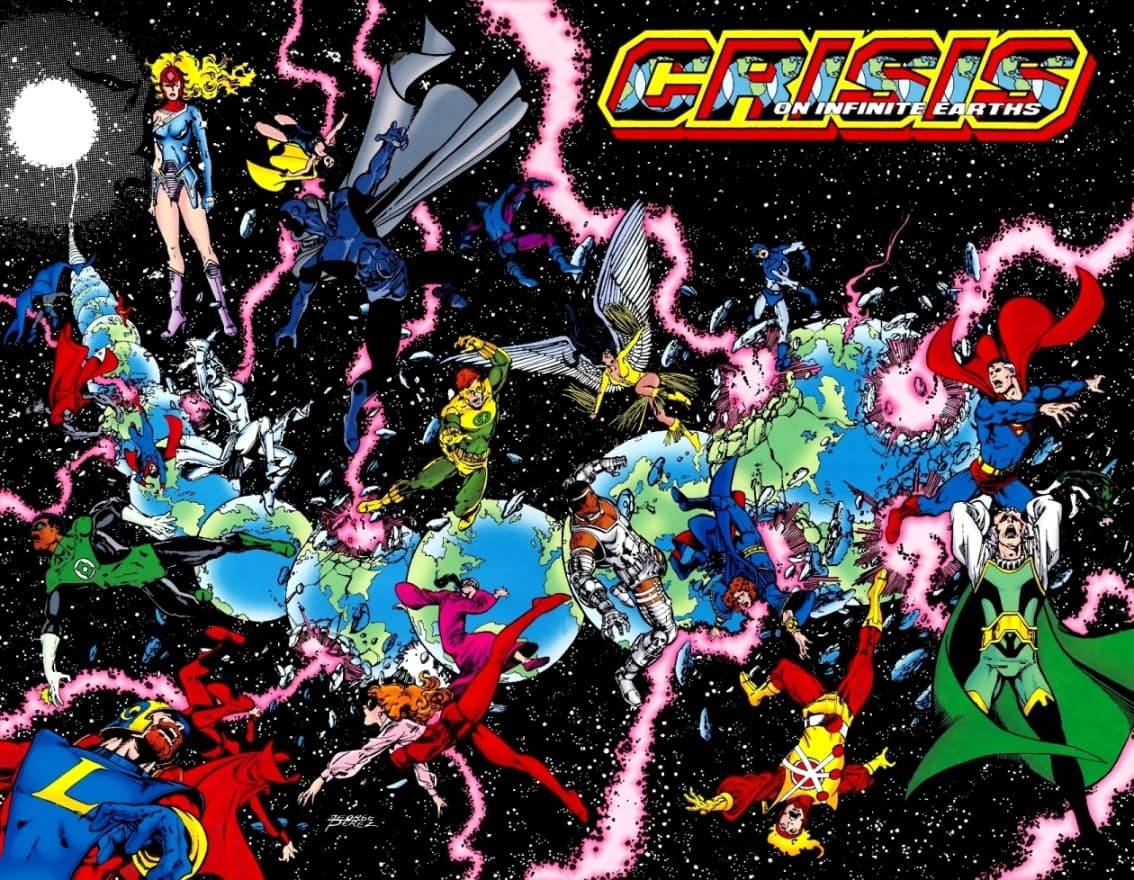 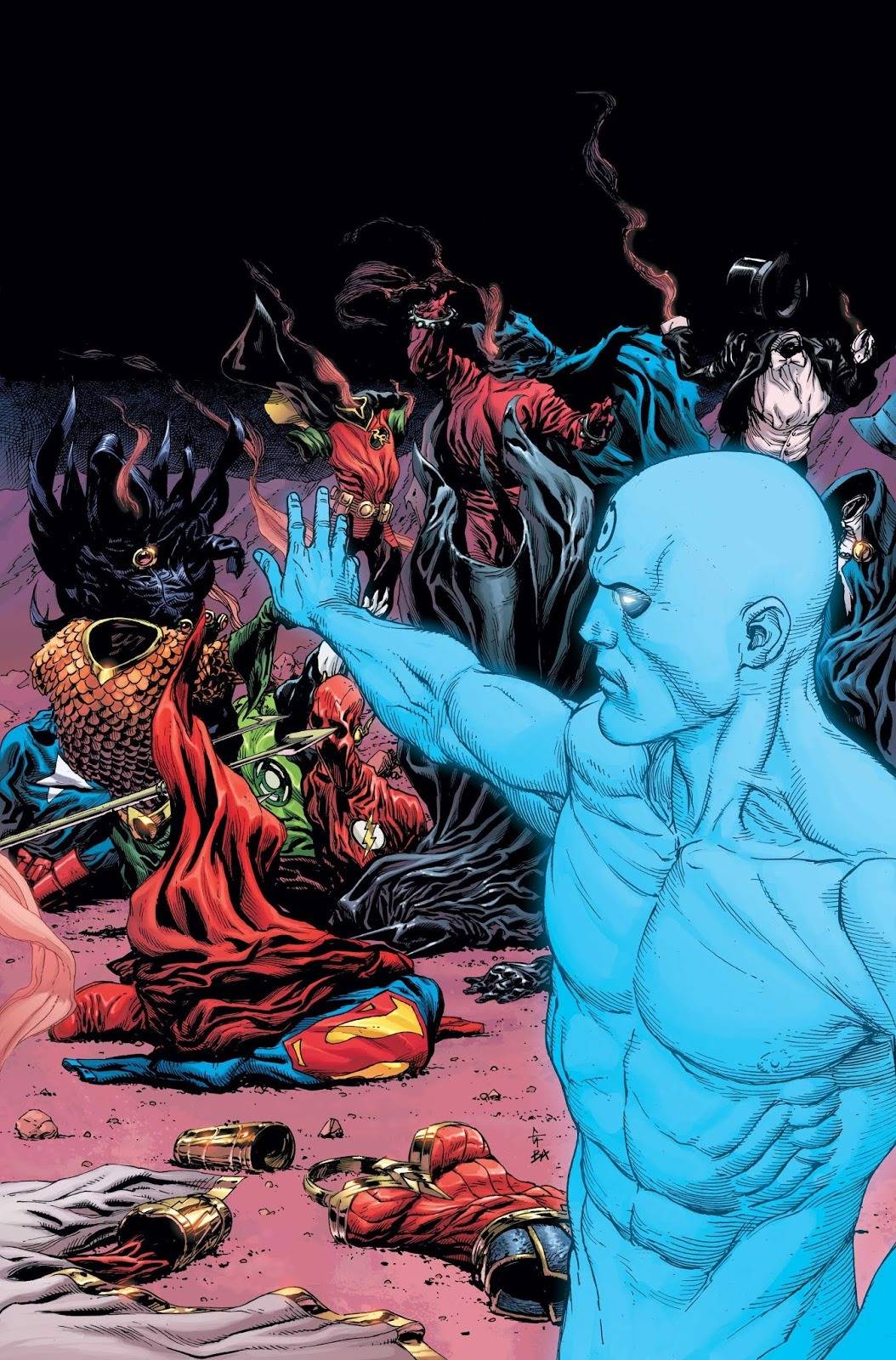 Despite Alan Moore’s protestations, the Watchmen continue to roll on, with DC concluding its epic Doomsday Clock story, which firmly establishes the cast of Watchmen in the DC universe, and even places Dr Manhattan as the ‘god’ that has been altering the universe.

Over on the small screen, HBO’s Watchmen series has also been called one of the year’s best TV shows, managing the feat of paying tribute to Moore’s vision (sacrilege, I know) while telling its own, utterly compelling story.