PETALING JAYA: Haziq Abdullah Abdul Aziz says a police report has been lodged by his family after their home in Sarawak was "broken into" by five people at 5pm on Thursday (June 13).

His father Abdul Aziz Ibrahim lodged the report at the Kuching district police headquarters at 1am on Friday (June 14).

In his report, he said five men broke into his house in Kuching, claiming to be policemen from Bukit Aman.

"I was suspicious of their behaviour and agreed with their request and signed the forms they instructed me to sign without checking," Abdul Aziz said.

Haziq posted a photo of the report on Facebook on Friday (June 14), saying "leave my family alone and face the truth!"

On June 12, Haziq confessed that it was he and Economic Affairs Minister Datuk Seri Azmin Ali who were in the sex video that has gone viral.

However, Azmin denied the allegations.

He said it was a nefarious plot to assassinate his reputation and character in an attempt to destroy his political career. 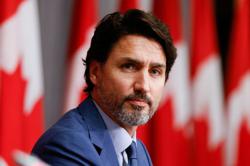