PETALING JAYA: PKR vice-president Zuraida Kamaruddin (pic) has come to the defence of her fellow minister who has been implicated in sex videos that have gone viral.

Zuraida, who is the Housing and Local Government Minister, expressed undivided support for the minister and vouched for his credibility, integrity and leadership.

"I am basing my confidence on the questionable background of the accuser and (who) is known to have good relations with the opposition.

"Any political conspiracy (geared) towards character assassination such as this has to be stopped immediately, and I hope the authorities will carry out investigations immediately and bring the accuser to justice," said Zuraida in a statement on Wednesday (June 12).

Zuraida also expressed sadness and regret over the spread of the video clips.

"At a moment when the people and government are struggling to restore the nation's economy and to uplift the standard of living of the rakyat, such dirty politics is very annoying and stunts the efforts to rebuild a New Malaysia," she added.

Video clips and several lewd photos of two men, including one that resembles a minister, have been spread via WhatsApp.

Muhammad Haziq said the videos were taken without his permission on May 11 during the Sandakan by-election.

He also said the minister was not fit to be a leader and asked for the latter to be investigated for corruption. 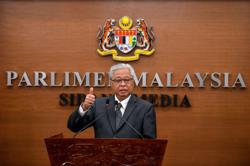 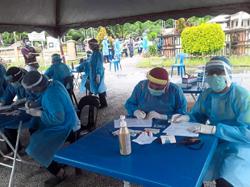