KUALA LUMPUR: A federal minister, who was allegedly filmed in a sex video with another man, was in Sandakan on May 10 and 11.

The PKR minister was among party leaders who came to Sandakan to campaign for DAP candidate Vivian Wong in the May 11 by-election which she won.

The dates correspond with the claim by Muhammad Haziq Abdul Aziz (pic), who confessed that it was indeed him and the minister in the gay sex video that has gone viral.

He claimed the sex act in the video happened on May 11.

"I, Haziq Aziz, (am) making a sworn confession that I am the individual with (the minister) in the video which went viral yesterday.

"The video was taken without my permission on May 11 during the Sandakan by-election in (his) room at Hotel Four Points," he said in a video on his Facebook page early Wednesday (June 12) morning.

Muhammad Haziq, who is the senior private secretary to Deputy Primary Industries and Commodities Minister Datuk Seri Shamsul Iskandar Mohd Akin, also named the minister and said he was not fit to be a leader.

It is understood that the minister left Sandakan early in the morning on polling day on May 11. 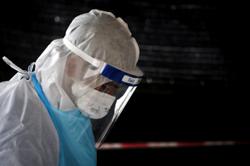 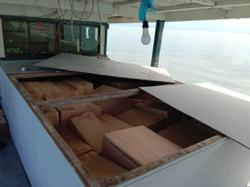