PETALING JAYA: A petition created in solidarity with 17-year-old Ain Husniza Saiful Nizam has gathered 900 signatures in support of her crusade to make schools a safe learning space for young girls and boys.

The petition created by the Joint Action Group for Gender Equality (JAG) in solidarity with her #MakeSchoolASaferPlace rallying cry has been signed by Datin Paduka Marina Mahathir, Datuk S. Ambiga Sreenevasan, Ivy Josiah, Faisal Tehrani and Zainah Anwar among others.

JAG, which is made up of 14 groups including All Women’s Action Society (AWAM), Sisters in Islam (SIS) and Women’s Aid Organisation, said that the undersigned were extremely disturbed and appalled by the comments and threats made by the public towards Ain Husniza.

Ain recently posted a video on TikTok where she called out a male Physical Education teacher for making jokes about rape in class and lodged a police report against him.

She also lodged another police report after receiving a rape threat from a male classmate who was upset with how she acted against the male teacher.

Ain Husniza is now on a mission to stamp out such dangerous environments in schools, has been the subject of lewd comments and threats by the public.

“Disturbingly, a majority of these comments were made by adult men including, allegedly, male school teachers.

“This is disgusting and brings shame to the teaching profession as teachers are role models to their students.

“If those comments were indeed by teachers, we demand that they are thoroughly investigated and action is taken against them. We must make schools safe for all students, ” said JAG in a statement on Saturday (May 1).

It added that Ain Husniza has shown courage and determination in speaking out against the misogynistic toxic culture of normalising rape jokes, sexual grooming, toxic masculinity and paedophilia.

“We unequivocally stand in solidarity with Ain Husniza and her #MakeSchoolASaferPlace movement.

“Her brave actions can create a positive ripple effect and encourage more students and youths to speak out against sexual harassment and all forms of degrading and discriminatory treatment of girl students in schools and other educational institutions, ” said JAG. 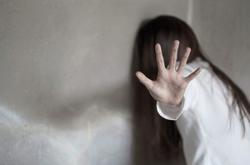