PETALING JAYA: The father of the 17-year-old student who allegedly received rape threats by her school mates, has given his full support to his daughter in calling to make schools a safer place for all students.

In a heartfelt Facebook post, Saiful Nizam Abdul Wahab said that he sympathised with her daughter Ain Husniza, who is currently "bearing the public's hope."

"She is only 17 years old but she has a huge responsibility.

"She still keeps on smiling, and she still wants to continue with her efforts," he said on Friday (April 30).

Ain made headlines after she lodged a police report against a male teacher for allegedly making rape jokes in class, a move that sent shockwaves through the nation.

She had also lodged a report against a group of schoolmates who allegedly made rape threats against her following her first police report.

However, her father was quoted as saying that the case (against her schoolmates) will be recorded as a no further action (NFA) by the police after the schoolmates and their families sought forgiveness from Ain’s family.

Saiful Nizam at the same time said that he was embarrassed and sad he could not provide a safe environment for his daughter.

"Now, she is taking her own efforts to change what has been entrenched for so long and had already become rotten at the root in the soul of our society in general," he said.

"When she voices out, she gets scolded.

"When she disagrees, she gets insulted and her efforts ridiculed.

"When there is a difference in opinion, her appearance is derided," added Saiful Nizam.

"At least, let's change. Let us be ready to open our hearts and mind to accept the views of those who are younger than us.

"Let us make our school a safer environment for students to gain knowledge, instead of degrading their position as just objects of wretched male lust," said Saiful Nizam. 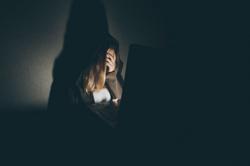