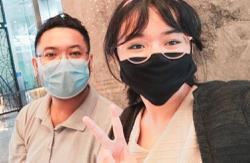 PETALING JAYA: Ain Husniza Saiful Nizam and her father, who are defendants in a defamation suit filed against her by teacher Khairul Nizam Sanuddin, will file a counterclaim against him.

Their lawyer SN Nair said they will also be naming the education minister, Selangor education director and school principal as defendants in the counterclaim, for alleged negligence in failing to protect her.

Nair also said he has filed a counterclaim on behalf of Ain Husniza and her father against the teacher and the rest for tort of intentionally inflicting emotional distress (IIED).

This was an actionable tort as Ain Husniza suffered emotional distress over rape jokes allegedly made by the teacher at the school in Puncak Alam, Shah Alam, Nair said in a report by Free Malaysia Today.

On Tuesday (Nov 30), it was reported that Khairul Nizam filed a defamation suit naming Ain Husniza and her father Saiful Nizam Abdul Wahab as the first and second respondents respectively.

In August, Ain Husniza shared that she received a letter of demand from a physical education teacher at the school where she previously studied, seeking damages of RM1mil for alleged defamatory remarks she made.

She responded by saying she would counter-sue the teacher for RM5mil for allegedly inflicting intentional emotional distress.

Ain Husniza made headlines earlier this year for calling out a teacher's rape jokes allegedly made in class. 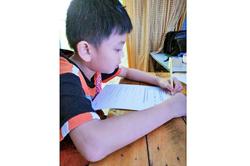