Ain Husniza to speak at Unicef conference on children's rights Saiful Nizam in a Facebook post on Tuesday (Oct 26) said his daughter would be joining Dr Najat Maalla M’jid - the special representative of the United Nations secretary-general - as a panellist alongside six other speakers on Oct 30.

"In the discussion, Ain Husniza will voice some views and suggestions on the current situation of children's rights in Malaysia, especially in terms of access to quality education, improving the level of safety in schools, mental well-being, policies and so on.

"Hopefully, with the space and opportunity provided, this will open a more dynamic future to the process of adapting to the post-pandemic changes of Covid-19 for all, especially children," Saiful added.

According to him, Ain was among the seven representatives of countries from the East Asia and Pacific region that were selected to speak at the conference.

Other countries include Indonesia, Cambodia and Thailand.

Her exposé triggered a social media movement calling for the end of sexual harassment in schools with the hashtag #MakeSchoolASaferPlace.

The Inspire conference, which was launched in 2016, sought to accelerate action in the region to ensure that every child is safe from violence.

The regional conference will start on Nov 1 until Nov 5 with a clear objective of "Ending Violence Against Children During Covid-19 and Beyond" and will be livestreamed from Unicef East Asia and Pacific's Facebook page. 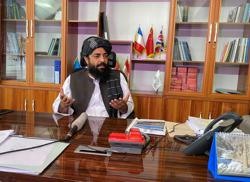