PETALING JAYA: An incident where a teacher allegedly teacher joked about and trivialised rape must be investigated and action taken immediately, says Datuk Zuraida Kamaruddin.

The founder and president of Council of Malaysian Women Political Leaders (Comwel) said the claim made by a student is cause for grave concern and should not be taken lightly by school authorities, teachers and counsellors.

"We are against gender discrimination and sexual harassment in all forms. Women and girls, as well as men and boys who are subjected to it have a right to voice out and do not have to be silent victims," said the Housing and Local Government Minister on Monday (April 26).

Zuraida also expressed confidence that the Education Ministry would take appropriate action on the matter, adding that teachers should set good examples for students.

"We assert that rape can never be a joking matter. Teachers should also observe boundaries with students and not subject them to unnecessary, embarrassing situations with distasteful jokes," she added.

A 17-year-old student had on Friday (April 23) alleged that a male teacher had trivialised rape during a physical and health education class at her school in Selangor.

She said the inappropriate remarks were made while students were discussing sexual harassment during the lesson.

"We were talking about how there are laws protecting minors from sexual abuse and harassment and then he said 'if you want to rape someone, don't rape those under 18, rape those above 18'," she claimed.

After the classroom incident, the student had allegedly lodged a complaint to the school's counsellor.

She shared screenshots of their WhatsApp conversation, which showed the counsellor apologising for the teacher's actions.

However, the counsellor also said it was "normal" for teenage boys to utter crude remarks in jest and she should not take it to heart.

"Instead, teenage girls are a bit sensitive and emotional. That's natural," the counsellor teacher had said. 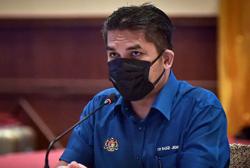