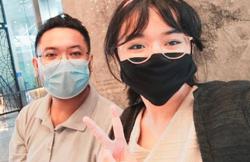 PETALING JAYA: The father of the teenager who made headlines after exposing a teacher who had trivialised rape during a class discussion, is calling for schools to be a safer place for all students.

In a heartfelt Facebook post Saiful Nizam Abdul Wahab said the incident left him feeling embarrassed and sad for not being able to provide a safe environment for his daughter.

He pointed out his daughter Ain Husniza was only 17 and faced ridicule for trying to make a change.

“Now she is taking her own initiative to try and change what has been entrenched and has become rotten at the root in the soul of our society in general, ” he said.

“Let us make our school a safer environment for students to gain knowledge.

“Instead of degrading their position as just as an object of wretched male lust, ” said Saiful Nizam.

After her revelation went viral on social media, Ain made a police report following a rape threat made by a male student who accused her of tarnishing their school’s image.

Saiful Nizam had said the case was dropped by police after the schoolmate and his family had sought their forgiveness.

However, he said his daughter remained undeterred.

“She still keeps on smiling, and she still wants to continue with her efforts, ” he said yesterday.