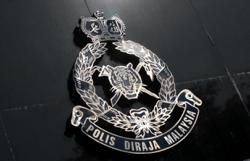 He said both reports were made by the student.

“The first was over the allegedly improper approach on the issue. She later lodged another report over an alleged joke made by one of her fellow students, ” he said.

"We have combined both reports into one investigation paper and are in the midst of taking statements from everyone who was at the scene of the incident," added Acryl Sani when speaking to reporters at the Selangor police headquarters on Monday (April 26).

Acryl Sani added that the police had recorded statements from the teacher and the student.

"We will take statements from the other students there before referring it to the Attorney General's Chambers," he said.

The student's tweet about her teacher who had allegedly made a joke that trivialised rape went viral and gained attention from a women's group and a former minister.

The 17-year-old student had on Friday (April 23) alleged that a male teacher made jokes about rape during a physical and health education class at her school in Selangor.

She claimed that the inappropriate remarks were made while students were discussing sexual harassment during the lesson.

"It was going good you know, we were talking about sexual harassment, how to take care of yourself and your body rights.

"He was making a couple of jokes and it seemed normal at first, but slowly the jokes were getting weird and more lucah (lewd).

"Then we were talking about how there are laws protecting minors from sexual abuse and harassment and then he said 'if you want to rape someone, don't rape those under 18, rape those above 18'," claimed the student.

She said the girls in her class were shocked to hear the joke while the boys laughed and claimed that the teacher said that boys who were raped did not report it because it felt good.

After the incident in the classroom, the student had allegedly lodged a complaint with the school's counsellor.

She shared screenshots of their WhatsApp conversation, which allegedly showed the counsellor apologising for the teacher’s actions.

In the conversation, the counsellor also said it was “normal” for teenage boys to utter crude remarks in jest and she should not take it to heart.

When contacted, the student's father told a portal that he was going to lodge a police report on Saturday night (April 24).

Expressing his disappointment over the teachers' insensitivity, he also said he would go to school to meet with the school authorities.