PETALING JAYA: Haziq Abdullah Abdul Aziz says he is not sure who is behind the circulation of a sex video purportedly of him and Economic Affairs Minister Datuk Seri Mohamed Azmin Ali.

Haziq told theSun that he was the victim in the issue that has rocked the nation.

“Everyone forgets that I’m the victim as well because someone recorded and leaked what should have been a private moment,” he was quoted as saying in an excusive interview with the daily.

Haziq however said that the police were professional while he was in their custody.

“They treated me well. The policemen in charge of watching me were very professional and they stayed neutral,” said Haziq, who was questioned by the police over the video.

He is being investigated under four charges, including Section 377B of the Penal Code for carnal intercourse against the order of nature and Section 292 for distributing obscene materials.

Haziq, who was been suspended from his position as private secretary to Deputy Primary Industries Minister Datuk Seri Shamsul Iskandar Mohd Akin also said the incident had brought his family closer together and they have been very supportive of him.

“They (his parents and siblings) know I need all the support they can give right now,” he was quoted as saying by theSun.

“It will take some time to heal but I have my family with me always,” he added.

In the past week, clips of a sex video involving two men have gone viral.

Haziq, who is also Santubong PKR Youth chief, confessed that he was one of the two men in the video, and claimed that the other person was Azmin.

Azmin, also the PKR deputy president, has categorically denied the allegation, claiming it was made to tarnish his reputation and destroy his political career.

Shape up or get shipped out

‘I will stay on as minister’

Hilman to be questioned by cops tomorrow

Haziq quizzed in HKL, out on police bail

Media camped out at HKL waiting for Haziq to emerge 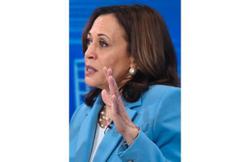