Chinese-American actress Fala Chen has asked her fans what she should do after the number of her followers on her Instagram account exceeded one million.

The 39-year-old's popularity spiked after playing Ying Li, the mother of the titular character Shang-Chi and wife of the villain Wenwu in Marvel Cinematic Universe's first Asian superhero movie, Shang-Chi And The Legend Of The Ten Rings.

The number of followers on her Instagram reached more than 999,300 on Wednesday (Dec 1) when the former TVB actress shared a glamorous photo of herself and wrote: "What to do when there's a million of you following my Instagram? Give me ideas."

The number has since exceeded one million.

Many of Chen's fans suggested live streaming or having a live chat with them. Others urged her to donate to a charity of her choice, share her beauty tips or even bake cookies.

Meanwhile, her celebrity pals such as actresses Linda Chung, Sharon Chan and Cherry Ngan praised her for her stunning beauty in the photo.

Chen is married to French entrepreneur Emmanuel Straschnov, and the couple have a daughter, who was born earlier this year. 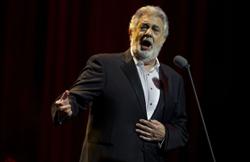