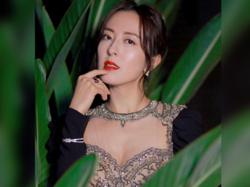 Kenneth Ma said that enduring the pain was worth it as the scenes looked good. Photo: Kenneth Ma/Instagram

Kenneth Ma is quite experienced when it comes to filming scenes with guns, having done so multiple times in the past. His experience on the set of Stealth Team however was rather challenging.

The 47-year-old was spotted alongside his cast members Joel Chan and Tiffany Lau on the set of the upcoming TVB drama recently. Chan and Lau were both dressed in full police gear and were holding rifles while Ma was dressed in formal wear.

The trio agreed that the most challenging aspect of shooting the series was having to regularly carry firearms throughout the shoot. Ma admitted that he had filmed the most scenes involving guns in this series compared to any others in the past.

"The rifle weighs more than 20 pounds (9kg) and it makes my arms hurt," he explained.

When jokingly asked if his girlfriend Roxanne Tong would help massage his sore arms, the star replied: "No, that's not necessary. I still exercise regularly. (Although the shoot was difficult) the scenes are excellent and it makes me look really cool, so it's all worth it."

Ma also shared that it had been some time since he had played this type of role and was excited to show viewers a different side of him as an actor.

Following the recent case of actor Alec Baldwin's fatal accident on the set of Rust which cost the life of a cinematographer, Ma was previously asked if he was worried about filming with real guns on the set of Stealth Team.

"(I’m) not afraid since there are no bullets, my only fear is that the gunshots are too loud, the sound by just firing it can be quite scary!” he said.

The actor was also confident that there would be a "very small chance" of any accidents happening on set as different applications were required for the use of weapons. He added: "I think that it's too easy to gain access to guns overseas compared to here in Hong Kong." 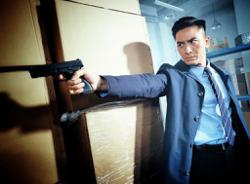