For those who watched Hong Kong dramas in the 1980s and 1990s, Savio Tsang was a familiar face. Photo: chinese.ent.share/Instagram

In February this year, Hong Kong media reported that Tsang had been diagnosed with lung cancer. The actor never confirmed the news. Tsang kept with his showbiz duties making public appearances. On Nov 10, Tsang was admitted to hospital when his condition deteriorated.

TVB revealed that last year Tsang had asked for his workload to be reduced and only wanted to be on a part-time contract with the broadcaster. Last month, the actor didn't renew his contract with TVB stating that he wanted a break from work to focus on his health. 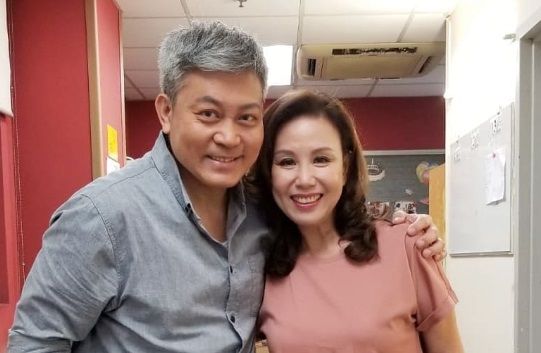 Actress Candy Man, who was Tsang's co-star in his first TV series, paid tribute to the actor on social media, writing: “I was the first actress to collaborate with you on your debut. The last time we met, didn’t you say you want to collaborate again? Hope everything is well at home in the heavens.”

"It’s such a pity. Savio was the most important chapter of my life. There is no denying that. I am also very grateful to have met him. He is a person with a lot of love and a very professional actor. Condolences to his family and friends," she told Oriental Daily News.

TVB honcho, Virginia Lok said: “I received many messages from friends and colleagues about his passing. I plan on reaching out to his family and god sister, to see if there’s anything I can do. May he rest well in the heavens.”