QuickCheck: Has Nasa ever been sued for landing on Mars? 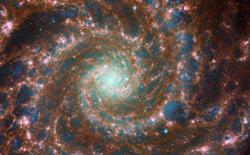 At its closest, Mars is 62.12 million kilometres away, so it's highly unlikely that humans made it there over 3,000 years ago. -filepic

SINCE 1997, a claim has floated online that three Yemeni men tried to sue the National Aeronautics and Space Administration (Nasa) in the United States for landing a probe on Mars. Did this really happen?

In July 1997, three men from Yemen - Adam Ismail, Mustafa Khalil and Abdullah al-Umari - filed a lawsuit against Nasa with the country's prosecutor-general in Sana'a claiming that they owned the Red Planet because they inherited it from their ancestors 3,000 years ago.

All three claimed in the suit that Nasa had trespassed on their property by sending the Pathfinder probe and Sojourner lander to Mars without their knowledge or permission.

"Sojourner and Pathfinder, which are owned by the United States government, landed on Mars and began exploring it without informing us or seeking our approval," the men said.

In the suit, all three demanded the immediate suspension of all operations on Mars until a court delivers a verdict.

They also asked that Nasa refrain from disclosing any information pertaining to Mars' atmosphere, surface or gravity before receiving approval from them, or until a verdict is reached.

Naturally, Nasa dismissed the allegation without a second thought.

When contacted by CNN at the time, then Nasa news chief Brian Welch said: "Mars is a planet out in the solar system that is the property of all humanity, not two or three guys in Yemen. Just because we land on Mars first doesn't mean the United States owns it."