By Minghe Hu and Iris Deng

China’s cyberspace watchdog has revised its rules governing public social media accounts in a fresh bid to crack down on fake news and other online activities perceived to be harmful.

The Cyberspace Administration of China published on Friday updated regulations on the management of public internet accounts, which are set to take effect on Feb 22.

It marks the first change since 2017, when more users began turning to public accounts to reach a wider audience. Businesses, news organisations and individuals commonly use public accounts, also known as official accounts, to post on platforms like Weibo and WeChat.

The older rules already held public account owners responsible for the information they published and required them to spread “positive energy”. The revised rules now specify the type of actions that are banned, including fabricating information, inciting extreme emotions, plagiarism, cyberbullying, blackmailing and artificially inflating the number of clicks.

The updated regulations aim to “protect the security of content and maintain a healthy cyberspace.”

“This essentially requires platform holders to accept responsibility for material disseminated via their platform and brings social media under regulation akin to the traditional press,” said Paul Haswell, a partner at international law firm Pinsent Masons.

“This means that platforms will need to take considerably more care in content moderation and review, potentially at considerable cost to the platform holder. I think we can see a continued crackdown on online news, via social media platforms and otherwise, over the next year in China.”

The regulations are designed to hold both content producers and platform operators responsible for illegal content, according to Maggie Wu Meihong, associate professor at the School of International Journalism and Communication at Beijing Foreign Studies University.

“For the platforms, it is necessary to establish a corresponding mechanism to plug their own loopholes in supervision and management,” she said.

The development comes days after Beijing tightened its grip on public social accounts operated by reporters.

As part of its annual review of journalist accreditation, the National Press and Publication Administration announced last Tuesday that it has made it a priority to stop reporters from running their own “self-media” accounts.

Also known as “we-media”, these accounts are typically blogs operated independently on social media without official backing from established outlets.

Just like in the rest of the world, consumers in China are increasingly turning to the internet for news. Last year, online media accounted for 80% of the country’s media market, according to a report by the State Information Centre. Self-media has become one of the biggest emerging trends.

The proliferation of self-media has been met with increasing government scrutiny.

Since the onset of the coronavirus outbreak a year ago, the Cyberspace Administration has been strengthening its control over social media, especially self-media accounts.

Earlier this month, the Cyberspace Administration released a draft of a comprehensive update to its 20-year-old Internet services regulation. At triple their original length, the expanded rules cover a broad range of services, including search engines, instant messaging, e-commerce and online payments. – South China Morning Post 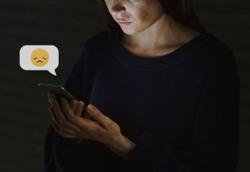