By WANI MUTHIAH and RAHIMY RAHIM 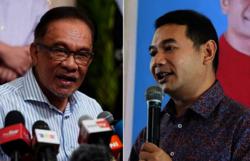 PETALING JAYA: PKR secretary-general Datuk Seri Saifuddin Nasution Ismail, who is facing off with incumbent vice-president Rafizi Ramli for the deputy president’s post, received a severe thrashing from his opponent in Johor.

Rafizi vanquished Saifuddin in 23 out of the state’s 26 divisions leaving the latter to emerge winner in only the Labis, Kota Tinggi and Mersing divisions.

The trouncing was more severe in Pahang with Saifuddin only managing to take one - Kuala Krau - out of the state’s 14 divisions.

In Kelantan, Saifuddin only managed to grab four out of the state’s 14 divisions – Rantau Panjang, Kubang Krian, Machang and Jeli whilst Rafizi emerged victorious in the rest.

Saifuddin fared a little better in Sabah by winning in six divisions that had large voter turnouts that enabled him to overtake Rafizi in terms of votes even if the latter conquered the rest of the 23 divisions in the state.

Rafizi managed to obtain only 6, 814 votes, in spite of winning 17 divisions as opposed to Saifuddin’s 8,539 votes from the six divisions.

In Perak, Saifuddin managed to secure only the Bukit Gantang, Ipoh Barat and Kampar divisions whilst Rafizi swept the rest of the 24 divisions.

Meanwhile, Dr Oh Ei Sun, adjunct senior fellow at Singapore's S. Rajaratnam School of International Studies, said if Rafizi managed to win the deputy presidency post, it meant that many party members were looking for a fresh direction for the party to pull itself from the quagmire of the party's recent election losses.

Asked if it will be a fresh direction for the party, he said that it will give a fresher image and a sense of direction instead of rehashing the tired "reformasi" appeal.

Prof Dr Sivamurugan Pandian of Universiti Sains Malaysia said that the former Pandan MP has been promoting new ideas and thoughts to the party.

"The delegates may want to have new changes within the party after under-performing during the state elections recently," he added.

PKR polls: Near clean sweep for Rafizi in T'ganu

PKR polls: Rafizi takes lead in Selangor in tight race for No. 2 spot 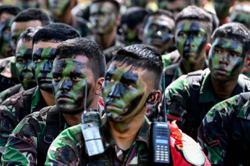