PETALING JAYA: RM20mil has been allocated for eSports to develop and support up-and-coming athletes.

He applauded the performance of Malaysian eSports athletes at The International 10 Dota 2 (Defense of the Ancients tournament) that concluded recently in Romania, including Cheng Jin Xiang or “NothingToSay” who was part of China-based team PSG.LGD that won U$5,202,400 (RM21.7mil) in prize money for second place.

Three other Malaysians who were playing for various teams, including China-based Invictus Gaming and UK-based team Fnatic, also placed within the top 12 in the tournament.

“This is proof that we have young athletes who need to be supported and have their skills developed further,” said Tengku Zafrul.

Budget 2022: A must for listed companies to have a least one female board member

Budget 2022: RM450mil allocated for early school aid to three million students, who will get RM150 each 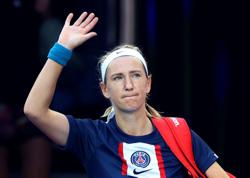