A 26-YEAR-OLD doctor received over 200 marriage “applications” in response to his creative resume posted on Twitter on Sept 6, reported Metro Ahad.

Muhammad Naquib Hasief Baharin, who is doing housemanship at Hospital Aminah Sultanah in Johor, said he created the resume after downloading an application on his handphone while attending a medical course in Kuala Lumpur.

“I never imagined doing this as it was done spontaneously. I did not think it was wrong to try because I am still single, ” he said.

He said his intention was not meant to belittle women as he was serious about settling down.

“Looks are not the main criterion for me. What is important is that the woman is educated, courteous, carries herself well and gets on well with my family, ” he said.

Muhammad Naquib, who lives in Skudai, said he was surprised when he received over 200 responses via Instagram, to an extent that it had caused his phone to experience problems.

He said he needed time to respond to all the messages and apologised to those whom he had overlooked.

In a screenshot of his resume, Muhammad Naquib listed his requirements for a “perfect wife”.

Among them were that the woman must be Johor-based, receives a monthly salary based on performance, be well-educated, mature and have good table manners.

He also said that the winning candidate must laugh at his jokes and agree to come along to family events.

> Mingguan Malaysia reported that Tiz Zaqyah, 31, drew the ire of some her fans when she uploaded an advertisement of a scantily-dressed woman on Instagram recently.

Tiz Zaqyah, whose real name is Siti Zaqyah Abdul Razak, posted the advertisement meant for women who had problems with their breasts and buttocks.

Several fans expressed their disappointment with the ad, with some saying that she might have very young fans.

They hoped that the Nur Kasih drama actress would screen future advertisements which she intends to post on social media.

> The Plott hound dog breed which bit off the right hand of a seven-day-old baby girl in Melaka could not be kept as a pet in the state, BH Ahad reported.

Melaka Historic City Council mayor Datuk Zainal Abu said the dog had been quarantined by the Veterinarian Department for two weeks to determine if it had rabies.

“Based on records, the 41-year-old dog owner did not have a licence. In fact, this dog cannot be licensed, ” he said. 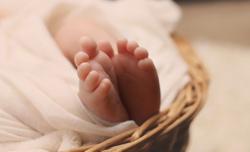