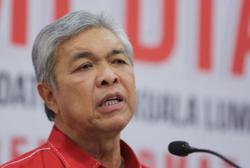 PETALING JAYA: The absence of a deputy prime minister in the new Cabinet line-up could be a strategy by Tan Sri Muhyiddin Yassin to ease any possible tensions among parties in the coalition, political analysts said.

Prof Dr Sivamurugan Pandian from Universiti Sains Malaysia said this was the first time that the country does not have a deputy prime minister, a position whose bearer is often seen as the next-in-line for the country’s top job.

However, he noted that the Constitution makes no mention of the position.

“Muhyiddin possibly decided against having a deputy because he wants everyone to reduce politicking and the jostling for power and instead focus on national interest.”

Sivamurugan said the absence of the Umno and PAS presidents from the Perikatan Nasional Cabinet line-up was another break from convention. This is because the leaders of component parties, especially the major ones, have almost always been in previous Cabinets.

“Not only is there no Deputy Prime Minister, the presidents of Umno and PAS presidents are also not in this Cabinet.

“I believe that this too could help Muhyiddin reduce internal tussles and conflicts in the Cabinet, ” said Sivamurugan.

Sivamurugan said the absence of a deputy prime minister would not affect the running of the country’s administration.

This is because Muhyiddin had appointed four senior ministers who would help him carry out his duties and chair Cabinet meetings when he is not in the country.

Sivamurugan said Singapore, for example, also had no deputy prime minister from 1968 to 1973.

Universiti Malaya political analyst Dr Muhammad Asri Mohd Ali also did not believe that the absence of the post would negatively impact the administration.

“Muhyiddin still has about three years in the government’s current five-year term, so if he feels that there is a pressing need to have a deputy, he could still appoint one later, ” he said.

However, Asri said that while there was no deputy prime minister at present, many will now be looking very closely at the four Senior Ministers, as one of them could emerge as a frontrunner to be the next prime minister.

Legal adviser of International Islamic University Malaysia Prof Dr Nik Ahmad Kamal Nik Mahmood said the absence of a Deputy Prime Minister could be to ensure that no one political party in particular is considered important.

Having four senior ministers could help overcome the feeling of ‘uncertainty’ among the political parties that are in currently in government, he added.

“With the four senior ministers from different parties, they now have equal status so that would sort of cancel this feeling of being unimportant by certain parties.”

“Many are old hands. Hopefully, they have some experiences that could be useful in this second round, ” he added. No honeymoon for new Cabinet 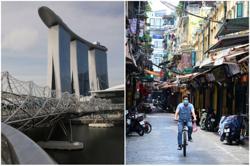