PETALING JAYA: Datuk Seri Dr Wee Ka Siong says his appointment as the new Transport Minister is a show of appreciation and trust in MCA.

“I thank the Prime Minister for the appointment. This is a show of appreciation and trust in MCA, the party’s leadership and all MCA members nationwide, ” the MCA president said on his Facebook.

“MCA, as a Chinese race-based party that fights for the rights of all Malaysians, will continue to inject the values of inclusiveness, moderation and diversity.

“With the formation of this new government, we hope Malaysia will return to the right path and we will no longer be trapped with political conflict that damage the country and its people, ” he said in his post yesterday.

When contacted, Dr Mah said the ministry was new to him, and he wanted to learn fast to get the job done.

“The first thing I need to do is get the proper briefing, and gather the information required from the stakeholders. I will do my best and get the job done, ” he added.

Jeck Seng said he would meet with his ministry officers to familiarise himself with plantation and commodity matters.

“It is important to listen to the smallholders and industry players, to find out their problems and how best to tailor solutions to them.

“In Tanjung Piai, for instance, I have heard the plight of the oil palm smallholders. In my new capacity, I want to help them, ” said the Tanjung Piai MP.

as usual to facilitate economic recovery, and improving the people’s standard of living.

He also called on the new government to give special emphasis to preventing the spread of the Covid-19 epidemic.

Associated Chinese Chambers of Commerce and Industry of Malaysia’s (ACCCIM) SME chairman Koong Lin Loong said the new Cabinet has a lot on their plate considering the economic slowdown facing the country.

“There’s also the weakened ringgit and the Covid-19 challenge, including concerns on how we are going to execute the stimulus programme, ” he said.

Emphasising the need to stimulate the country’s economy, he said Dr Wee’s Transport Ministry is instrumental in implementing policies that ease the people in their commute and business dealings, such as logistics arrangements.

“Projects such as the Johor Baru-Singapore Rapid Transit System (RTS) and High-Speed Rail (HSR) projects that have been put on hold should be expedited to improve people’s commute and business dealings, ” he said. 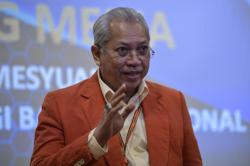 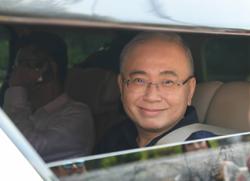 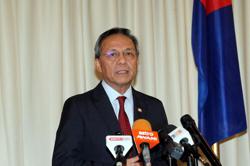