Cops: Sex video clips being analysed, more to be called in

Deputy Inspector-General of Police Datuk Mazlan Mansor said the videos in question were still being analysed by the task force.

"We have already taken statements from eight individuals to help with investigations into the case.

"We will call in more people up to have their statements recorded if the need arises," he told reporters at Bukit Aman on Wednesday (June 19).

He said they would include individuals from across the board.

"There is no such thing as us only calling up people associated with Parti Keadilan Rakyat.

"We will bring in anyone to record their statements if it is necessary for our investigations," he said.

In the past week, clips of the video involving two men have gone viral, followed by a confession by Haziq Abdullah Abdul Aziz, the Santubong PKR Youth chief, that he was one of the two men in the video.

He claimed the other person was Azmin, who is the PKR deputy president.

Azmin has categorically denied the allegation, saying it was made to tarnish his reputation and destroy his political career.

Haziq is being investigated under four charges, including Section 377B of the Penal Code for carnal intercourse against the order of nature and Section 292 for distributing obscene materials.

More people may be called up over sex videos, says Deputy IGP

‘This is a plot to topple me’

Perak PKR chief not ‘missing’ but on vacation, says his deputy

Farhash clears the air over his whereabouts 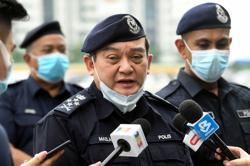 Deputy IGP: Don't think you are 'safe' after slipping through roadblocks 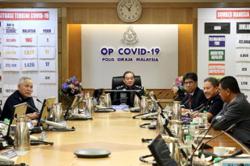 Cops meeting daily to coordinate duties around the clock