Collecting memories: Hayati (left) and her sister Aishah showing some of the items inherited by Hayati, including a 100-year-old copper wok and a tungku besi, which is a traditional confinement tool used by Malay women.

MANY will resonate with this common question posed by parents — “Who are you keeping these items for?”

This phrase is often thrown at us for holding on to items from our growing years instead of decluttering our cupboards.

While such a question is valid, the fact that some women hold on to keepsakes from their childhood to pass on to their children, is also understandable.

Sri Devi Ravana, 44, was not a straight A student and was body-shamed by a teacher in primary school.

Instead of becoming morose, Sri Devi took the teacher’s less-than-kind remark in her stride, and studied hard with the aim of doing well in her studies.

Sri Devi has also kept examination papers as a memento for her child. 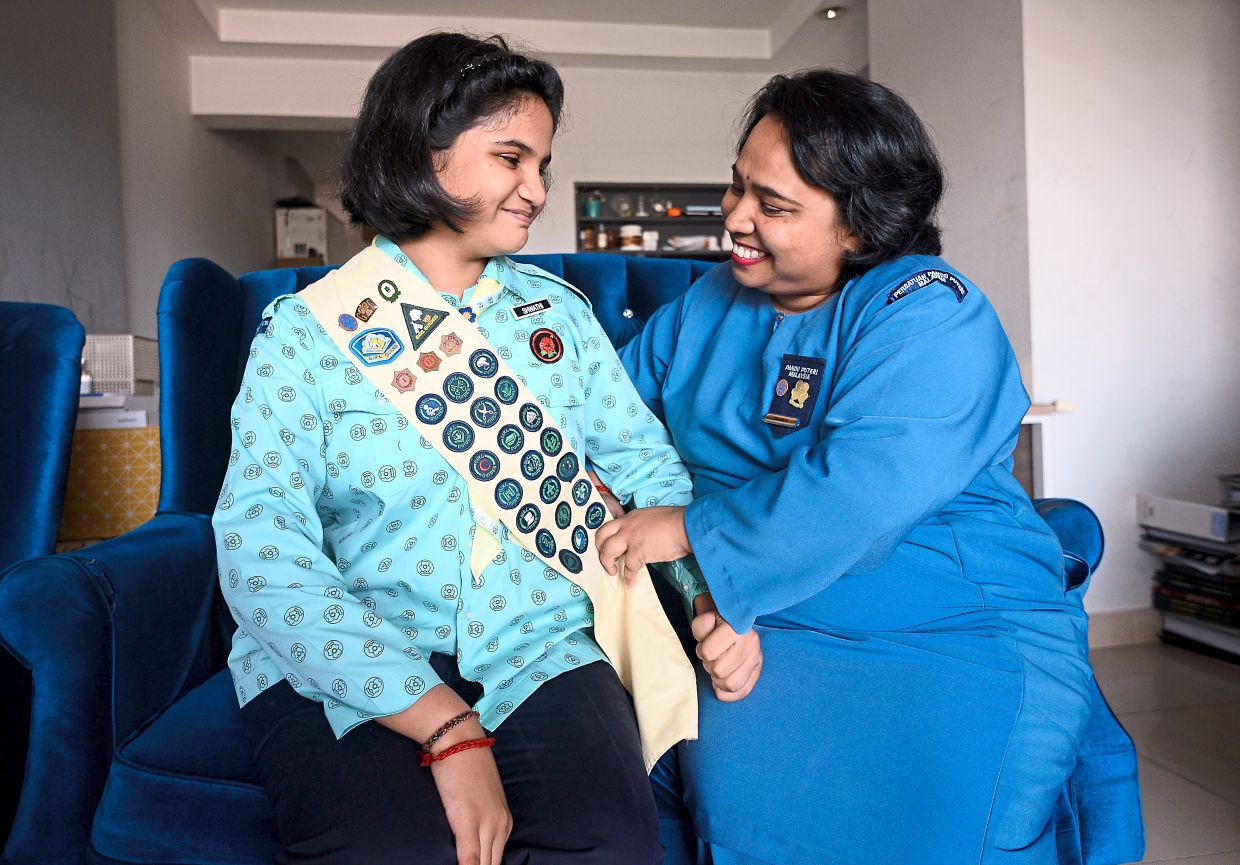 “I had overheard my primary school teacher body-shaming other chubby pupils, saying that people like us would usually not do well in studies.

“This fired my determination to study harder and I came out top in my class, ” said Sri Devi who is now an associate professor in Computer Science at a government-linked university.

She kept all her UPSR, PMR, SPM and STPM exam papers in good condition for her only daughter, Shwathi Sudharshan, 13, who is now in Form One.

An active Girl Guide in school, Sri Devi went on to receive the Queen’s Guide Award in May 1995 when she was 18.

Her Queen’s Guide badge — awarded by Tunku Ampuan Najihah Almarhum Tunku Besar Burhanuddin — which comes with a mini badge, is an item that she holds on to with pride.

The badge, her Girl Guides’ sash and all other badges attached to it are keepsakes for her daughter.

Sri Devi’s achievements in school spurs her daughter on to try harder and excel in her studies and in competitions.

“She is often discouraged when she does not win a competition or isn’t selected to participate in an event.

“However, I keep encouraging her to be active in Girl Guides. I hope my stories and experience from my childhood days will motivate her, ” said Sri Devi.

Shwathi said her mother was her inspiration and the reason behind her interest in being a Girl Guide.

In 2019, the teenager was awarded the Anugerah Tunas Harapan Ketua Pesuruhjaya and hopes to win the Queen’s Guide Award someday just like her mother.

“My mother has been a great inspiration and I love her gifts to me.

“We have a good relationship and I share everything with her.

“She is a hands-on mother and has always been an encouraging and nurturing person, ” said Shwathi.

Sri Devi attributes her own success to her upbringing and is thankful for her mother’s guidance.

“My mother, who worked as a clerk, used to take an hour’s bus ride to work and another hour to return home.

“I became interested in Computer Science after seeing my mother using a computer at work, ” she said.

Sadly, her mother now suffers from Alzheimer’s disease. Sri Devi said her mother could not recognise her.

Hayati Ismail’s mother started buying pots and pans for her children even before Hayati was born.

However, the most precious inheritance from her mother is a 90-year-old tungku besi (confinement tool used by the Malays).

Another well-loved heritage gift is her mother-in-law’s 100-year-old copper wok.

“My mum started buying good pots and pans from early on so we could inherit them once we had our own families.

“My mother-in-law gave me a huge copper wok made in Kelantan which she inherited from her ancestors.

“There was a buyer who wanted the copper wok and was willing to buy it from me for RM15,000.

“Of course I cannot sell these things no matter what, ” said Hayati, 47, who has four sisters and a brother.

She has three sons and plans to pass the wok on to a future daughter-in-law, provided she enjoys cooking.

“All I ask is that its future owner enjoys cooking and will use it, ” said Hayati whose eldest son is 19 and her youngest is eight years old.

The antique confinement tool was widely used by the women in her family, including her cousins and nieces, she said.

“I plan to pass it down to someone who will take good care of it.”

Hayati said her father was of Ceylonese, Chinese and Dutch parentage while her mother was Malay.

Her unmarried sister, Aishah Ismail, 60, received a four-metre-long songket from their mother as a gift.

“My mother bought me a songket and she was not too happy that I never got married.

“However, being single helped me care for my mother in her old age and she was appreciative of my single status then, ” she said.

The sisters said their mother ensured that the siblings respected, loved each other and remained united.

“We do not fight, we always share our things and sit down as a family for meals, ” said Aishah.

Growing up in Ipoh, Jessica Retnasamy loved her books as her parents helped instil in her the reading habit.

They even built book cabinets to store her books.

She said books were a luxury item back then, and they were gifted to her as a reward for doing well in examinations.

Even as a child, she kept books to pass down to her children.

“My father often took me to a bookstore in Super Kinta shopping complex.

“My earliest memory was that of being gifted an Enid Blyton book as a birthday present.

“Little Princess was my favourite and I have always hoped that books that were precious to me would go to my children, ” said Jessica who works in a government-linked company.

Today, her son Gregory Alexander Nathan, aged nine, reads his mother’s books including the ones by Enid Blyton. 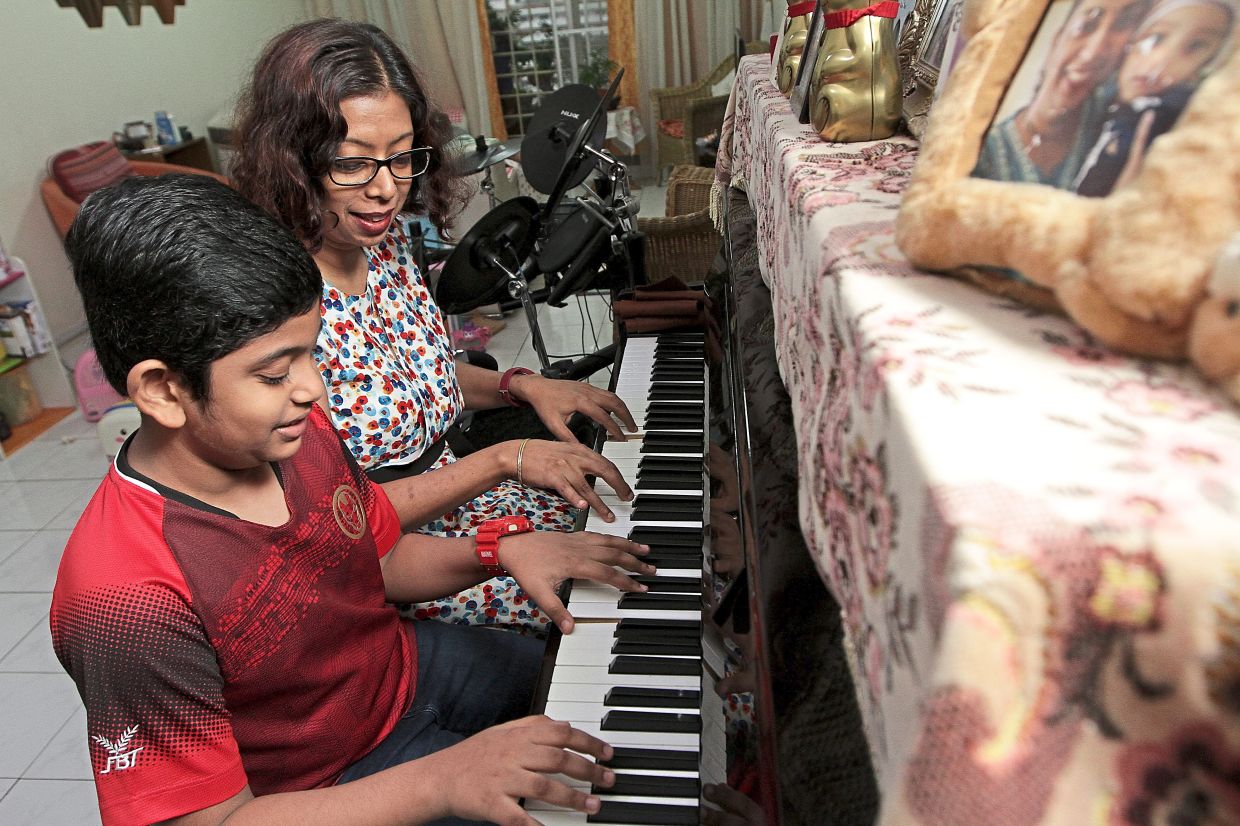 Gregory practising his scales with his mother Jessica on the piano she used as a child.

Her German-made piano is another item she plans to hand over to her son.

Although it may be 33 years old, the piano is well-maintained and is what Gregory uses to practise his lessons.

Catherine was told to place her wedding saree in her husband’s coffin when he died, and it would be sent off with his body. 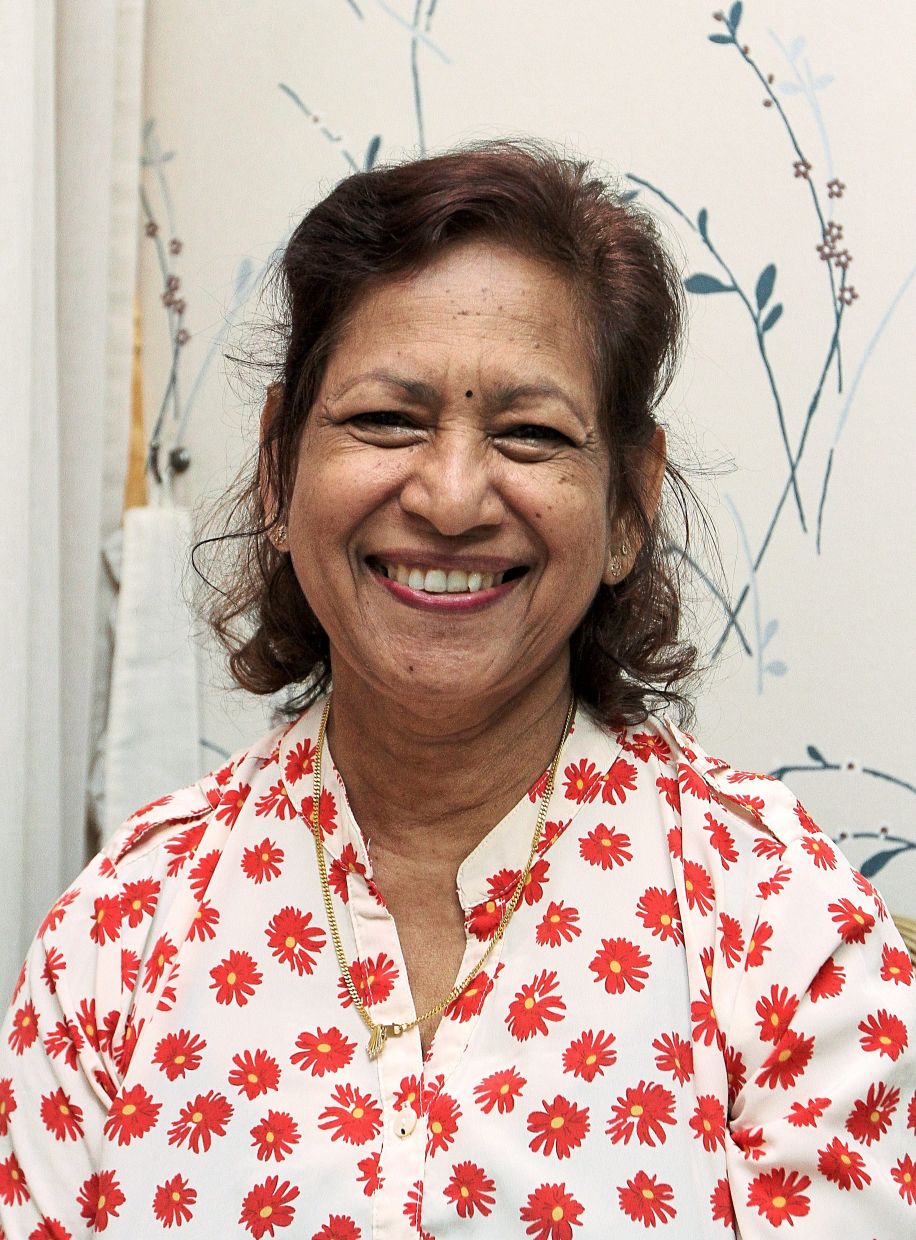 Catherine saved her wedding saree and maternity clothes for her daughters to use when the time was appropriate.

However, Catherine swapped her wedding saree for her engagement saree because she wanted to bequeath the former to her daughters.

“Even before I had my two daughters, I wanted to keep it for my children.

“Many years later, both my daughters took photos wearing my saree on their wedding day.

“Although they had their own wedding saree, they took a photo wearing my saree with my wedding jewellery too. This made me happy, ” she said.

Catherine said she also kept some of her tailor-made maternity clothes and both her daughters wore them when they were pregnant.