Fauzi says the conditional approval for operating businesses is subject to rules and guidelines.

UNLICENSED factory and business operators in Ampang can apply for temporary licence prior to going through the process to legalise their operations.

Ampang Jaya Municipal Council (MPAJ) said such businesses operating at industrial and commercial premises would be allowed to participate in the Conditional Temporary Business Licence Programme.

Its president Mohd Fauzi Mohd Yatim said the implementation period for those participating in the programme was two years, beginning January 2021.

“The programme is an effort to help small and medium enterprises operate legally.

“The conditional approval for operating such businesses is also subject to rules and guidelines in place.

“This is provided they start the application process to legalise their operations during the given period, ” he said at the council’s full board meeting yesterday.

Previously, MPAJ had said that 235, mostly residential lots, had been turned into factories and were operating without the council’s approval.

The council managed to legalise 167 factories so far, with 68 more to go.

Many of the factories have been operating illegally for about five to 10 years.

They comprise mostly those manufacturing furniture and wood as well as foodstuff such as yong tau foo products.

On a separate matter, Fauzi announced that only 8.07% of business operators under the

purview of MPAJ had renewed their business licence for next year.

Of the 9,959 business operators registered with the council, 804 have submitted their applications and received approval as of Nov 17 to continue with operations next year.

Fauzi said the operators were now required to use the council’s Intelligent Community Online System (Icomm) to renew and print out their trading licence.

He urged operators to comply as compound of between RM200 and RM700 could be issued if they failed to renew their licence before it expired on Dec 31.

On the dengue menace, Fauzi said the situation was now under control.

Currently there is one dengue hotspot at Permai Putri condominium, Taman Datuk Ahmad Razali, with 10 cases. 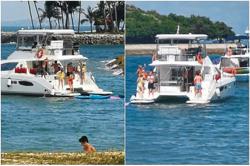 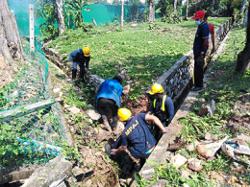