By JADE CHAN
MULTItalented personality Dr Soo Wincci has been appointed ambassador of the Thean Hou Temple in Kuala Lumpur, in an effort to promote the temple and its attractions to a wider audience.

“We want to encourage harmony among Malaysia’s multicultural citizens. So we hope to appeal to her fans to visit as a place of interest.

“Many of our key attractions feature explanations in English, Bahasa Malaysia and Chinese, so everyone can understand what they are about.”

Tang announced Soo’s appointment at the launch of the temple’s Spring Festival 2020 theme and lighting ceremony of its Chinese New Year decorations.

The launch included a preview of Thean Hou Temple’s Spring Festival 2020 promotional video featuring Soo, which was shot at various spots within the temple grounds. 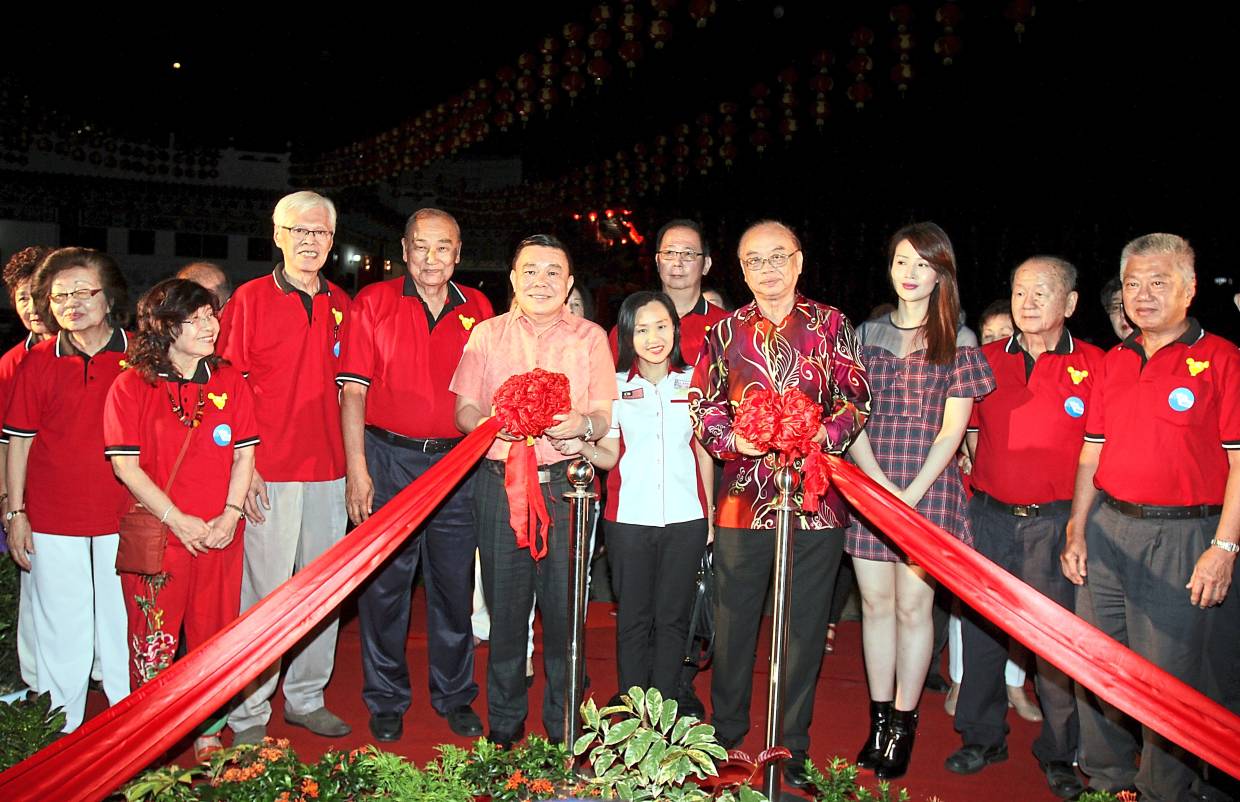 “In addition to acting, I also produced, edited and did the mixing for the Spring Festival promotional video.

“I have not slept for the past few days since flying in from Spain, as I have been very hands-on in producing the video to ensure it is completed on time,” said Soo, who dubbed the project “mission impossible made possible”.

She admitted to being stressed in some ways due to the temple committee’s high expectations of her role as ambassador and her appointment as its first celebrity spokesperson.

“I want to promote Thean Hou Temple as a cultural and tourist attraction to all my fans, regardless of creed, race or religion,” said Soo.

“My promotional plans include short films on social media and online campaigns.

“I also hope to encourage the committee’s more senior members to embrace the digital platform and move towards the 21st century.”

In conjunction with the Year of the Rat, the association chose Wa! shu lai bao as the theme for this year’s festival, which Tang said meant “Wow, it’s a prosperous year for everyone”.

The highlight of the temple’s festive decoration is a pair of giant red mice representing wealth and treasure.

Each mouse is depicted standing on a rice bucket and holding a tael (ancient Chinese currency), to wish visitors “abundance of wealth and food, and a life full of dignity”.

The association will also distribute “blessing bags” to devotees and tourists. Within each bag is a replica of an ancient Kangxi coin from the Qing Dynasty.

Thean Hou Temple will submit two attempts for the Malaysia Book of Records (MBR) — the tallest twin rotating rat sculpture (6.4m) and most number of “blessing bags” distributed, with 30,000 bags to be given out throughout the festival.

“We have unofficially been recognised for these achievements, but will receive a formal acknowledgement by MBR in a special celebration on the eve of Chinese New Year,” said Tang.

“There are plans to add special attractions in conjunction with Visit Malaysia 2020. These will be unveiled by mid-2020, pending the temple board’s approval.”

The association is working with Exes Art and Performance to present a series of mouse-themed operas and plays, such as “Marriage of the Mouse” and “Birthday Celebration of the King of Mice”.