Some hotels are said to be closing during the two-week restricted movement order period as their operations are not listed under essential services. — StockSnap

Local travel operators are awaiting further directives from the Tourism, Arts and Culture Ministry (MOTAC) on the fate of international travellers who are caught in the transition of the restricted movement order.

Malaysian Association of Tour and Travel Agents (MATTA) president Datuk Tan Kok Liang said industry players are concerned that some hotels are closing down as their operations are not listed under essential services.

"But if these hotels cease operations until month end and guests are asked to check out by today, how are they going to fend for themselves?

"Guests cannot be expected to proceed to the airport and catch the next flight home as easily as commuters taking a train home after work, ” he said.

Last night, Prime Minister Tan Sri Muhyiddin Yassin announced that a restricted movement order will be imposed from March 18 until the end of the month to contain the Covid-19 outbreak.

The decision was made under the Prevention and Control of Infectious Diseases Act 1988 and the Police Act 1967.

All government and private premises will be closed from tomorrow except those providing essential services.

Tan said exceptions should be made for hotels, if they are not classified as essential service under existing laws.

"It would be problematic to kick out foreign tourists that we have welcomed with open arms earlier. Also, some are long-staying guests at hotels, and they include rich retirees and expatriates working here.

"It is sufficient to bar entry of tourists without having to repatriate those already in the country," he said.

Tan added that hotels are needed by transient workers such as oil and gas, shipping and airline crews.

"We are trying to get more information," he said, adding that guidelines need to be defined on hotel employees and long-stay tourists. 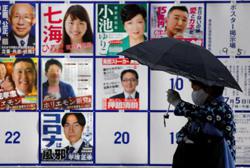 Preventing the second wave of Covid-19