For years now, the Chinese New Year festivities in Kuala Lumpur have been synonymous with Thean Hou Temple. In the weeks leading up to and throughout the 15-day celebration, the venue at the prime neighbourhood of Robson Heights will be lit up by thousands of red lanterns.

During the CNY period itself, the grounds of the temple are filled with a plethora of sights and sounds. One section will feature the 12 animals in the Chinese zodiac, while others will incorporate various cultural elements associated with the celebration.

On any other day, the venue is still worth visiting. Situated on a hill that offers glorious views of KL’s skyline, the temple is dedicated to the Chinese sea goddess Mazu. The deity is accompanied by two other shrines dedicated to the goddesses Kuan Yin (Goddess of Mercy) and Shui Wei Sheng Niang (Goddess of the Waterfront).

The latter is popular among the Hainanese community, who also happen to be the ones who built the temple. Being one of the oldest and largest temples in the region, the venue is extremely popular during religious and cultural events.

Over the years, that reputation has also made the temple a popular spot among tourists. Many flock to the temple to see the magnificent architecture, which combines elements of Buddhism, Taoism and Confucianism.

The extravagant prayer hall alone, with its ornate ceilings, will surely elicit gasps of wonder. The temple also houses beautiful Chinese pavilions that are often featured in advertising campaigns and videos.

Don’t be surprised to see bridal couples posing for photographs in the vicinity as the temple is a popular wedding photography venue, too.For some peace and quiet, the backyard of the temple is usually devoid of crowds. It’s worth taking a stroll here as the place has some nice flowers and potted plants that keep the surroundings cool and pleasant.

As it is located within a relatively quiet neighbourhood, the temple is not directly serviced by any train line. The nearest stations are the Mid Valley KTM and Bangsar LRT. From there, just use a ride-sharing service or get on a taxi.

Opening hours: 8am to 9pm

Gallery: What to do at Thean Hou Temple in KL 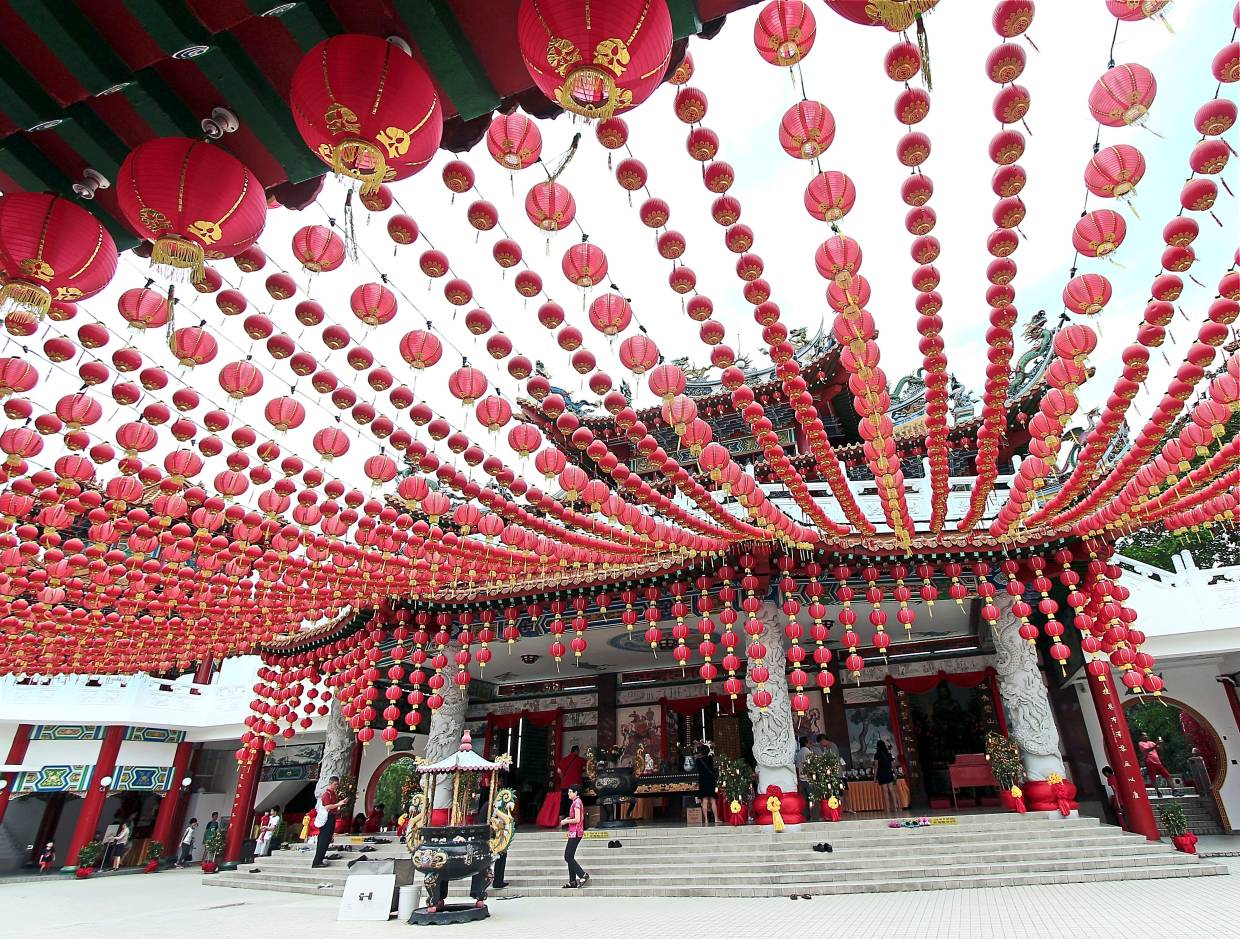 The temple’s backyard has some nice flowers and potted plants that keep the surroundings cool and pleasant.

Look out for sculptures of the Chinese zodiac animals on the ground level.