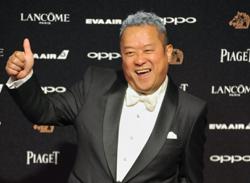 Eric Tsang says he hopes to see a better and improved TVB (in the future). Photo: Filepic

Eight months later – after bringing positive change to the station’s content – he was promoted to the general manager post.

The 68-year-old recently gave an interview to talk about his career change.

A Hong Kong news portal reported what Tsang said: “Everyone thought I’d fool around in my position for maybe half a year and call it quits.

“(They) must think that I’m really capable because leaving this position means that I’ve done what I was hired to do, and that I’ve found a suitable person to hand over the reins to.”

While the higher position means more responsibilities and there is “never-ending amount of work”, the job doesn't pay as much as when he was acting admitted Tsang.

Although he didn’t reveal how much of a pay cut he had to endure, he shared that actor-singer Wong Cho Lam – now TVB’s chief creative officer – is “in a worse position than (he is)".

"He’s supposed to earn big bucks in the mainland (China). In comparison, (the decrease in my income) is nothing,” divulged Tsang.

He also spoke on why he decided to accept the tough job at an age when many would choose to retire: “When I took the position, I realised that the task that I committed myself to is tougher than I imagined.

“Times are different and TVB isn’t the only channel around now. But, I hope to see a better and improved TVB (in the future).”