Remember the late actor Cha In-ha by tuning into his final performance on ‘Love With Flaws’.

If you prefer staying home due to the new surge of Covid-19 cases, here are five new shows to watch this month:

Actor Cha In-ha was found dead at his home last December. He was 27. Still, he lives on in the characters he portrayed such as his supporting role in Love With Flaws, the last drama he starred in.

The rom-com begins with Seo-yeon (Oh Yeon-seo) who hates good-looking men as they only spell trouble, having grown up with three handsome brothers (Cha plays one of her brothers, Won-suk). In walks the handsome and vain Kang-woo (Ahn Jae-hyun).

But there is more to him than meets the eye. His obsession with his looks is connected to a painful experience in the past.

Love With Flaws is available on Dimsum Entertainment.

An artificial intelligence programme is starting to outsmart humans, resulting in three casualties. A cybersecurity team must race against time to stop the machine’s rise. Starring John Slattery and Fernanda Andrade.

The Haunting Of Bly Manor

The two-year wait is finally over! After 2018’s horror anthology series The Haunting Of Hill House was released to critical acclaim, the second season titled “The Haunting Of Bly Manor” is now upon us, featuring a new family and a new home.

Henry hires a young nanny, Dani, to take care of his orphaned niece and nephew at Bly Manor. But little does she know, the opulent home is full of dark secrets that will make her stay a terrifying one. Starring Victoria Pedretti and Henry Thomas.

The Haunting Of Bly Manor premieres Oct 9 on Netflix.

Are you ready to say goodbye to the Winchester brothers for good? Ghost-busting duo Sam and Dean will be taking their signature trusty Impala for one last ride, as the final seven episodes of Supernatural finally air after delays in production due to the pandemic.

Usher in Halloween with Truth Seekers, a horror-comedy series about a group of part-time paranormal investigators who go about ghost-hunting at abandoned properties and documenting their experiences for their online audience. Along the way, they stumble on a conspiracy that could spell the end of the world. Starring Nick Frost and Simon Pegg. 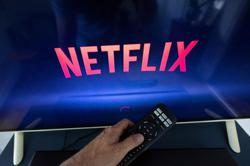