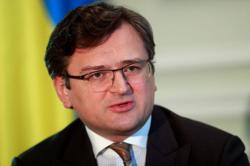 ‘Why do I have a blanket wrapped around me when this story arc is called Summer? Ah ... England.’

Given its novel format (we’ll get to that later) and relatively short length, however, there is not too much time on creators Felix Barrett and Dennis Kelly’s hands – and it’s good to see they have made the most of it.

The series is set on the picturesque British island of Osea, accessible by helicopter and only for a few hours each day by land; the twisting causeway that leads to it from the mainland is submerged with the tide.

The privately-owned Osea actually has a rich history and cultural significance, referenced by characters in the show and bearing some influence on the story.

Osea is usually uninhabited except for the famous and well off, who go there to party or get away from it all.

The semi-fictional Osea of The Third Day, on the other hand, is home to a colony of odd types – almost a cult, one might gather, from the random flashes of strange behaviour they exhibit when alone or away from the eyes of outsiders. ‘Back up, girls ... I think we just wandered onto the set of Dexter by accident.’

The primary outsiders of The Third Day are Sam (Jude Law) and Helen (Naomie Harris). Sam’s story arc takes place in the first three episodes, collectively dubbed Summer, while Helen features in the next three, Winter.

In between the two arcs is Autumn, a live theatre event scheduled for Oct 3; plans are for it to shed light on the island’s rituals and culture (with the emphasis on “cult”, no doubt). Cheer up if you’re nowhere near the venue, as Autumn will also be streamed online (visit www.punchdrunk.com for details).

This might sound very ambitious and a wee bit pretentious too, but on the strength of the series’ preview material provided to the media, I guess I’ll be staying up to catch this.

Sam and Helen journey to the island for different reasons and at different times. Continuity in their respective stories comes in the form of familiar landmarks and locals, though the reception the two receive is markedly different.

One is almost welcomed; one is practically spurned from the moment of arrival. With the latter, I was initially baffled by their insistence on sticking around, because it defied logic and brought the particular episode to the point of being unbelievable.

You know, like in those lazily written series where the characters do ridiculous things that fly in the face of logic and good sense simply because the plot compels them to do so (I’m looking at you, Season 15 opener of Criminal Minds). But The Third Day deftly pulls the rug from under our feet here, and all I can (and should) say is that I felt like smacking my forehead for not seeing it coming.

Whatever their respective reasons are for being on Osea and the level of hospitality shown to them, Sam and Helen keep digging into the island’s mysteries and the islanders’ strange behaviour, unearthing disturbing truths and stumbling upon unsettling portents.

Old-school horror buffs will recognise a substantial Wicker Man influence here (and I mean the 1973 Edward Woodward version), while some of the eccentric locals may be reminiscent of folks from the town of Twin Peaks (with very different accents).

I haven’t watched all of Winter, but on the strength of Summer, The Third Day certainly has a lot to recommend it.

Law’s strong and empathetic central performance, co-creator Kelly’s tantalising script that reveals just enough at every turn to leave you eager to proceed, and Benjamin Kracun’s gorgeous cinematography are just a few elements that add up to a captivating and haunting production. ‘OK, so just because Stephen King wrote a horror story called “In The Tall Grass” doesn’t mean all tall grass is to be feared. Er... right?’

Harris, similarly, delivers a layered performance as a mother struggling to handle her two young daughters while seeking answers to a slew of questions – all tinged with an unexpressed but apparent desperation that eventually becomes clear to the viewer.

Paddy Considine and Emily Watson also provide terrific supporting work as the Martins, who run the local pub called The Oyster and look after the island’s more deep-rooted traditions.

The Third Day succeeds as a psychological thriller by being good at both parts of that term.

First, it delivers a mounting sense of excitement and anticipation as its key mysteries are revealed.

And second, it puts us right in the head space of its central characters (well, certainly Sam more than Helen, as far as I’ve seen) as they run, stumble or are dragged into the proceedings, amplifying their feelings of grief and frustration to the point of spilling over and engulfing us as well.

New episodes of The Third Day arrive every Tuesday at 9am on HBO GO and HBO (Astro Ch 411), with an encore on HBO at 10pm.