AT a recent townhall meeting, the senior management team at Malaysia Airlines (MAS) was told of a plan to reset the airline.

The plan was already being crafted to salvage the airline before the tragic incident of the missing flight MH370. The incident merely accentuated the process.

The airline has been unprofitable for four straight quarters prior to the tragic incident which has thrown MAS into a tailspin, making it necessary for a review of financial projections and business plan.

China is one of MAS’ big markets accounting for 10% of its revenue and after the incident, tickets sales have been slow. There has been numerous flight cancellations to China and elsewhere in Asia. MAS needs to address a bigger issue – which is the lack of confidence rather than just slowing ticket sales. 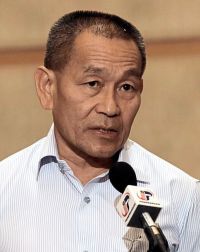 Ahmad Jauhari’s term is due for a review in September.

So at the townhall, MAS group chief executive officer Ahmad Jauhari Yahya and his senior team, often referred internally as the “elite club” put forth the plan to reset MAS. Only senior people were at the townhall session but that triggered talks within the airline and many employees now fear for their jobs, claims someone in the know.

One of the issues on the reset plan is to downsize the number of employees via separation schemes.

It also involves those remaining in the company to work under new terms. The downsizing is seen necessary as MAS, post MH370, has a smaller network and does not need as many workers as before. MAS has about 20,000 employees.

The process of giving new terms to the employees would eventually lead to union bashing. It is known that MAS has one of the most powerful unions that managed to push for the unwinding of the share swap agreement between MAS and AirAsia

Bhd in 2011. However, downsizing is a taboo subject in MAS and it could get all the unions all worked up again.

The announcement on the reset plan may be made by month-end, pending board and shareholders’ approval, and implementation of a scheme is likely to be in July.

“One way out is to collapse the structure to re-negotiate new contracts for suppliers, employees and everything else. MAS has cash of RM3.9bil but it also has liabilities of RM10.4bil which warrant a restructuring” said a banker.

Questions have also been raised as to whether Ahmad Jauhari, would be able to get the green light from shareholders considering MAS has yet to show profitability even prior to the MH370 incident.

MAS and its major sharholder Khazanah Nasional Bhd did not respond to questions from StarBizWeek.

Even before the jet vanished while on its way to Beijing from Kuala Lumpur on March 8, MAS had run up losses of US$1.3bil (RM4.25bil) in the previous three years.

And prior to the incident, MAS has regularly assured the market that it would get back into the black this year.

However, at the last results briefing, the goal post was changed once again as Ahmad Jauhari had then said that: “I still can’t assure you if we can be profitable by this year as the turnaround is still under way.”

MAS had in the past adopted a strategy to sell seats at the expense of falling yields which has not proven to be successful in lifting yields although it has been the champion on loads versus its peers in the region. A child standing near a message board for missing flight MH370 at KLIA.

For the first-quarter of 2014, industry load factor was at 79.5%, and MAS saw a slight dip of 0.2 percentage points year-on-year to 76.4%, although it is still respectable given that the airline had to grapple with the MH370 incident, says Maybank Research senior analyst Mohshin Aziz.

The reset plan promises that MAS will return to the black in 2016 and for first quarter of 2014, the early predictions is that MAS net loss could be as high as RM485mil.

The figure could not be verified but Mohshin, in his report released yesterday, says MAS would be loss-making due to a soft market, the impact of MH370 and first quarter yields being marginally lower.

“The MH370 incident has negatively impacted the airline’s reputation and this greatly inhibits its effort to push for higher yields. Furthermore, there has not been much clarity over the on-going costs relating to the MH370 incident. We estimate an out-of-pocket expense of RM60,000 to RM100,000 per day for the accommodation and other expenses for the next of kin of MH370 passengers. It is difficult to make earnings forecast for the first quarter of 2014 under the circumstances. We estimate MAS will make a core net loss of between RM250mil and RM300mil, down from a loss of RM340mil in the same period in 2013,” he says.

But the bulk of the search and rescue operations for MH370 will be funded by the insurers.

However, Alliance Research felt that yields and load factors were likely to deteriorate following the MH370 incident, with the negative impact potentially manifesting in second and third quarters.

For full year 2014, TA Securities projects a RM1.19bil net loss, Alliance Research RM1.32bil but Maybank reckons the loss will only be RM221mil.

While TA and Alliance expect MAS to remain in the red in 2015 with RM940mil and RM598mil net loss respectively, Maybank projects net profit of RM241mil and RM481mil for 2015 and 2016 respectively.

Alliance believes MAS will remain in the red in 2016 with RM534mil net loss.

One of the key drivers to bring cost down based on the shrinking network, is to cut a few thousand jobs, say industry experts.

Job cuts are a sensitive topic in MAS and all the eight unions have fought hard to retain employees.

“The talk of a few thousand job cuts is already circulating in MAS and people are worried even though they may be via a mutual separation scheme,” said the expert.

Alliance Research, in its note after meeting MAS management this week, say that “MAS management will continue to implement cost-cutting initiatives with a focus on labour and maintenance expenses. It may also spin off non-core businesses such as the maintenance, repair and operations (MRO) division.”

The job cuts may come but as someone pointed out, “Will the Government stomach job cuts when it such a sensitive issue?” 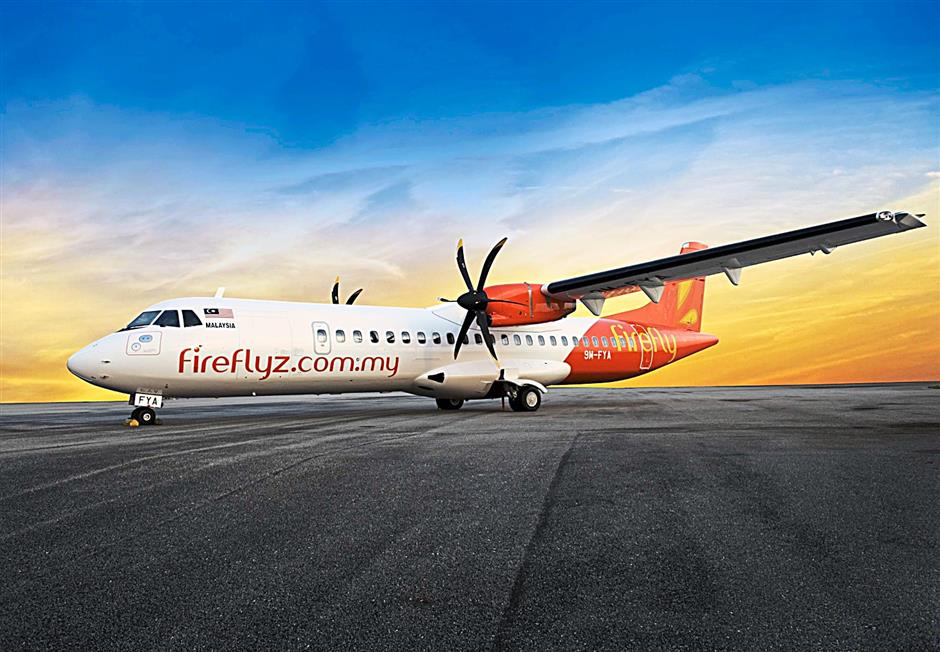 Mohsin says Firefly could be worth RM1.24bil.

Interestingly, the elite team had not consulted the unions over its reset plan as is usually done when there is a new turnaround plan.

“The morale of staff is low and, people who have worked hard during the lows and highs of MAS are worried once again,” says someone in the know.

Some changes are taking place with some shuffling of positions at the top as the focus is to beef up the revenue management section.

“There will also be a review of management contracts, and at least one of the more than 10 expatriates contracts may not be renewed. With a RM1.2bil net loss, those at top have no business to stay at the helm, if there is no change, then MAS is not going to come out of the red,” claims someone in the know.

As for the segregation of business units into two groups – airline and non-airline related, there is potential that some could be listed on Bursa Malaysia.

He adds that the engineering business could fetch RM2bil on the stock market, the airport terminal services unit could be valued at RM587mil, and the low-cost rural service, Firefly, could be worth RM1.24bil.

“The plan is somewhat like the abandoned project code named ‘Sapphire’ but minus the short haul carrier portion,” says a source.

Sapphire was a plan crafted out after the share swap was signed for the setting up of a full service short-haul carrier, and MAS remains a long-haul carrier. It was abandoned over the long-term viability of the airline’s short-haul operations. The plan then also included the separation of its units, such as MRO, ground handling and even catering.

While the elite team musters a plan to reboot and reset the airline, speculation is rife that a new team may be taking over soon.

Contracts of many senior posts are up for renewal. Even Ahmad Jauhari’s term is due for a review in September.

At the same time, the airlines’ unions feel that the current team should be unseated as it has not delivered as promised,.

But there is also a view that the unions are a hindrance to MAS.

And whatever the reset plan is, Tourism and Culture Minister Datuk Seri Nazri Aziz had said the Government would not pump more money into MAS.

In the next few weeks, while the search for MH370 continues, it should become clearer if MAS will reset itself to pick up the pieces.