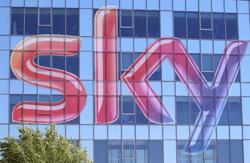 (Reuters) - Britain's streaming services and broadcasters should be on a level playing field, as traditional broadcasters now compete with "one hand tied behind their backs", Culture Secretary Oliver Dowden said on Wednesday.

Dowden is to unveil plans for a white paper on broadcasting that aims to make streaming services such as Netflix, Amazon Prime and Disney+ follow the code of British regulator Ofcom, he said in the Times newspaper https://bit.ly/3zNVafm.

"Every "linear" broadcaster - BBC, Sky and so on - has to comply with stringent content and audience protection standards," Dowden said in an article published on Wednesday.

"You might assume the same is true of video-on-demand services such as Amazon Prime and Disney+. You'd be wrong."

The government will consult this summer on whether it is time to set the same basic rules for video-on-demand services as is done for traditional broadcasters, he added.

"The white paper will also set out proposals on how we ensure public service broadcasters are given sufficient visibility...online, and ensure viewers can continue to find and watch original and high-quality British programmes."

Separately, Britain's Conservative government said it plans to sell Channel 4, launched 39 years ago as an alternative to the BBC and ITV, to help secure its future as a public service broadcaster. (https://reut.rs/35MPFzH)

"In summer I will consult on the sale of Channel 4," Dowden wrote, adding that he would proceed on the lines that an alternative ownership model retaining the broadcaster's public service remit would better serve both it and Britain.

(Reporting by Kanishka Singh in Bengaluru; Editing by Clarence Fernandez) 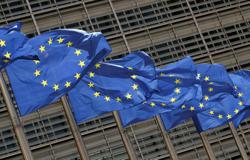