The Perak MCA chairman said the temporary committee was set up on Thursday (Jan 27) following a meeting between the respective parties.

"We will be meeting the state's special committee on cave temples after the Chinese New Year to resolve the related issues.

"We will now work to prepare all necessary documents of each temple to be presented at the special committee to formulate policies or as reference," he said in a statement.

"We will do our best to help the cave temples resolve issues pertaining to land and licences," he added.

It was reported earlier this month that several cave temples in the Kinta Valley have been served with eviction notices.

Dr Mah, who is also Deputy Education Minister, had then led representatives from the cave temples to meet with state Land and Mines Department director Datuk Mohamad Fariz Mohamad Hanip over the matter.

Perak Mentri Besar Datuk Seri Saarani Mohamad later said that the notices were due to safety concerns and the special committee would be formed to review and discuss the statuses of the cave temples.

"I often invite ambassadors or representatives from other countries to come to Ipoh and visit these locations.

"Once we have resolved the land and safety issues, we believe that the tourism aspects will be further enhanced, creating a positive impact on the economic development of the state," he added. 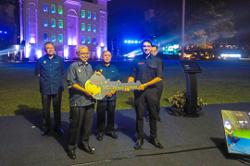 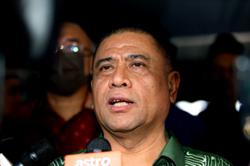