PETALING JAYA: The founder of controversial dating site Sugarbook says that are "extremely influential people in power" who have signed up as members but refused to reveal the names to authorities.

Chan Eu Boon, 34, better known as Darren Chan, told VICE that there were also local celebrities who had signed up.

"I can see why people might want me to release names and expose the sugar daddies on our site but we take data and privacy very seriously and will never compromise anyone's personal identity.

"The authorities have requested for the names and addresses of our premium members but I repeatedly refused to disclose any information," he was quoted as saying during an interview with the international news portal which was published on Monday (April 5).

He also denied claims that Sugarbook promoted prostitution but was instead a niche online dating website.

He added that he was currently focused on the company's overseas expansion and mulling to enter markets like Singapore, Hong Kong, Taiwan and Tokyo.

Chan, who published a post boasting about sugar babies from 10 local universities, was charged in court on Feb 25.

He pleaded not guilty to publishing the post with the intention to cause public fear.

Chan is accused of allegedly using a website to publish a post titled "Top 10 Sugar Baby Universities in Malaysia" with the intention to cause fear or unrest to the public at 10am on Feb 10. 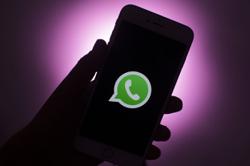