PETALING JAYA: Police will bring the founder of Sugarbook, a sugar daddy dating platform, to the Shah Alam Court for a remand hearing.

Selangor CID chief Senior Asst Comm Datuk Fadzil Ahmat said the 34-year-old man is expected to be brought to court at 10am on Thursday (Feb 18).

“To date, we have received 74 police reports nationwide in connection with this case, ” he said when contacted

The founder of the dating platform was arrested on Wednesday (Feb 17).

SAC Fadzil said a team comprising Selangor and Shah Alam CID personnel arrested the suspect at around 4.30pm at a condominium in Mont Kiara.

He was also quoted saying that during initial investigations, the suspect confessed to be the founder of Sugarbook.

“We are investigating the case for publishing or circulating any statement, rumour or report with intent to cause fear or alarm to the public, sharing offensive or menacing content, and prostitution, ” he added.

On Monday (Feb 15), the Malaysian Communications and Multimedia Commission (MCMC) blocked access to the Sugarbook website for allegedly breaching the law on the use of network facilities or network services.

The industry regulator posted a notification on the website saying it had violated Section 233 of the Communications and Multimedia Act 1998.

The MCMC had said it was monitoring and investigating Sugarbook and would take action against its users and platform owners should they violate the law. 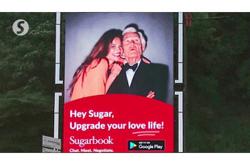 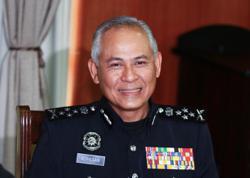