In a unanimous decision, a three-man panel chaired by Federal Court judge Justice Datuk Seri Mohd Zawawi Salleh dismissed the appeal by NFCorp and Datuk Seri Dr Mohamad Salleh Ismail and ordered them to pay RM50,000 in costs to Nurul Izzah and Saifuddin, who was sued in his capacity as the PKR secretary-general.

NFCorp and Salleh had sued Nurul Izzah for her statements made at a press conference in Parliament during her time as the Lembah Pantai MP in 2012, related to the company’s planned purchase of eight condominium units at KL Eco City using RM71.4mil of government funds as leverage some nine years ago.

The statements were made based on an exposé by PKR’s former director of strategy Mohd Rafizi Ramli of how the public funds in the NFC project had been used as leverage to secure loans for the purchase of the properties.

Justice Harmindar, who read the ruling, said the court found that the impugned statement, when read in its entirety, was not defamatory of the appellants but instead were aimed at Salleh’s wife Tan Sri Shahrizat Abdul Jalil, who is also a former Lembah Pantai MP.

“In our assessment, such person (a reader) will not pay any attention to the alleged defamatory matter complained of which was in effect one sentence in a very long press statement concerning the wife of the plaintiff.

“That one sentence was meant to be only a precursor or introduction to the main sting in that it was the revelation by Rafizi of the misuse of funds that led to the first defendant (Nurul Izzah) raising new questions about the conflict of interest of Shahrizat in the purchase of the condominiums.

“No action has since been filed by Shahrizat in respect to these allegations although a suit was filed against Rafizi for the statements that he had made, ” Justice Harmindar said here yesterday.

The court said the leave questions by the appellants were not required to be answered as they were irrelevant for the case before them and the courts below were entitled to come to their findings on the issue.“The orders made by the courts below are hereby affirmed, ” he said.

NFCorp and Salleh filed the defamation suit on Dec 24,2013, against Nurul Izzah and Saifuddin, claiming that Nurul Izzah had made a slanderous statement on KiniTV on March 7,2012.

On March 4,2016, the Kuala Lumpur High Court dismissed their lawsuit after ruling that the statement, when read as a whole, was not defamatory to NFCorp and Salleh.NFCorp and Salleh then lost their appeal at the Court of Appeal on July 10,2017.

On March 8,2018, NFCorp and Salleh obtained leave to proceed with their appeal to the Federal Court with two legal questions for the court’s determination. 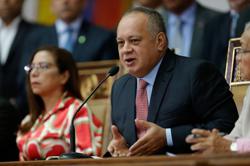