Back to school shopping run

By SANDHYA MENON and RENA LIM

Outfitting their kids: Khairul Anwar sizing up a school uniform on his son Khairul Izani at a mall in George Town, Penang.

PETALING JAYA: It’s back to shopping for school uniforms and supplies.

News emerged on Friday about the reopening of schools from March 1.

So, the very next day, mother of two M. Janani went shopping for her daughter in Year Four.

She observed that shops that sell school supplies and uniforms had started stocking up.

“My daughter is very excited about going back to school. She had a list of things she wanted, so we sat together to sort out items that we really need. We got her a few uniforms, a pair of black shoes, track bottoms and socks, ” she added.

IT employee Fong Yit Meng, 38, had an early start.

He had shopped last month for his son who is in Year Two.

“We thought that schools would reopen in January. My wife and I got him two pairs of uniforms, shoes and some stationery, ” he said.

Education Minister Datuk Dr Mohd Radzi Md Jidin had announced that those in preschool, Year One and Year Two would resume face-to-face classes on March 1, and Year Three to Year Six on March 8.

Secondary schools in Johor, Kedah, Kelantan and Terengganu will restart on April 4, while students in other states will return on April 5. Private schools under the ministry will also follow those starting dates.

In GEORGE TOWN, some parents were scrambling to buy school uniforms for their children.

Businessman Khairul Anwar Mokhtar, 42, who shopped for his son Khairul Izani, 12, said: “We are only buying one pair of uniforms this time.”

“As I have five children who are schooling, we bought uniforms for each of them last year, but they ended up attending school for an average of three months.

Hotel supervisor Abu Hurairah Mohamed Ibrahim, 38, went to get school shoes for his children attending Year One and Year Five.

“We had not shopped earlier for my Year One daughter as we did not expect school to be open this year.

“From our experience with our son who was in Year Four last year, we did not buy school items for them for the 2021 school year.

“Last year, we splurged on essentials only for him to attend school for a few months.”

“Other than his school bag and stationery, everything we bought the previous year does not fit him anymore, ” he said.

Abu Hurairah said he wanted to be careful when it came to buying clothes for the children.

Daycare centre principal Elaine Cheng, 31, lamented about spending part of her savings to buy devices for her children’s virtual learning process only to hear that schools would reopen.

“I have three children aged six, nine and 12. Previously, I bought a tablet and two smartphones costing over RM3,000 for them to use to communicate with their teachers and attend classes for virtual learning.

“Now that schools are reopening, we have to spend again on their books, uniforms and shoes, ” she added. 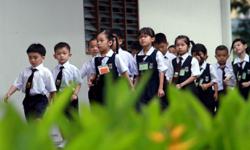 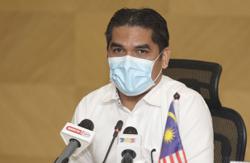