The local transmission cases which involved foreigners were detected in Johor and Sabah.

As of Friday, there are 207 active cases.

Dr Noor Hisham added that eight Covid-19 cases have been linked to the Sivagangga cluster in Kedah.

He said 262 people linked to the cluster have been screened for Covid-19 as of July 31.

Out of the number, eight were found to be positive, 251 negative and three were still pending test results.

“Out of the eight positive cases, five are not Malaysians. Active case detection of close contacts is still being carried out, ” he said in a statement on Friday (July 31).

There are also three patients receiving treatment at intensive care units, with one on a ventilator.

Dr Noor Hisham said 27 patients have also recovered from the disease bringing the number of recoveries to 8,644.

However, one more death due to Covid-19 was recorded, bringing the death toll up 125.

The latest death was patient 8,974, a 64-year-old Filipino man with a history of heart problems.

The man had fever, cough and respiratory problems on July 25 but did not seek treatment.

On July 29, he was found unconscious and taken to the Queen Elizabeth Hospital in Sabah where he died.

A subsequent test showed he was Covid-19 positive. 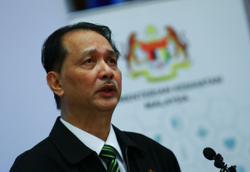 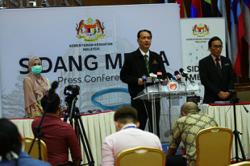 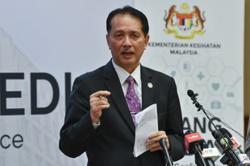