PETALING JAYA: The World Health Organization (WHO) was first alerted on Dec 31,2019, to the presence of several pneumonia cases in Wuhan City, Hubei Province of China, which did not match any other known virus.

A week later, Chinese authorities confirmed that they had identified a new virus.

The virus spread rapidly, and exactly a month later on March 11 the United Nations agency responsible for international public health declared a pandemic - the worldwide spread of a new disease.

Despite the number of infections, it is important to also note that many people affected by Covid-19 have managed to recover after getting treatment.

Any outbreak of an infectious disease has a ramping-up period, followed by a peak of intensity, then a decline, giving a bell-shaped curve.

The following is a map showing the distribution of Covid-19 cases:

Interactive: How Malaysia and other countries are easing their Covid-19 restrictions

INTERACTIVE: In the Covid-19 era of virtual meetings, physical sittings still the norm for many parliaments worldwide 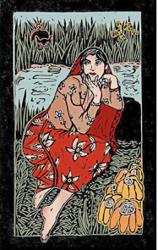 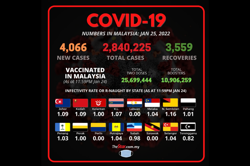