Keeping their word: Mohamed Hanipa (right) said although the Anti-Fake News Act is still enforced, the government will not use it on anyone.

The government will not make any U-turns in its promise to abolish the Anti-Fake News Act, said Deputy Minister in the Prime Minister’s Department Mohamed Hanipa Maidin.

Mohamed Hanipa said although the Act is still enforced, the government will not use it on anyone.

“This government upholds the rule of law principle. So far, no one has been investigated or charged under this Act. 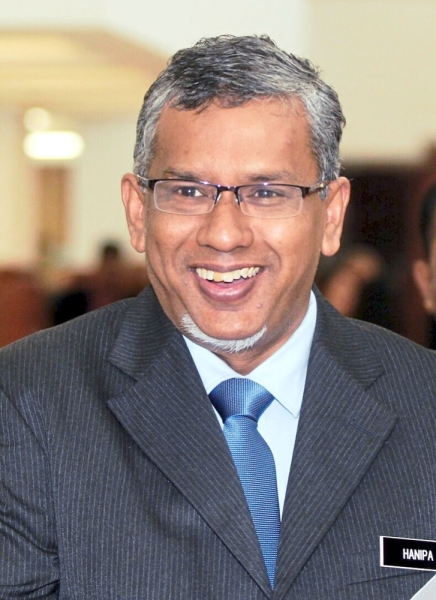 “However, that doesn’t mean that the government will tolerate the spread of fake news that insults the Prophet, other religions or the monarchy,” he said in reply to Datuk Seri Ismail Abd Muttalib (BN-Maran) who asked to state the number of Malaysians that had been charged under the Anti-Fake News Act for insulting Malay rulers or other forms of contempt that touched on religious and racial sensitivity.

Mohamed Hanipa said people have been charged for such offences under different laws, such as the Malaysia Communications and Mul­­ti­­media Act 1998.

He added that the recent sentencing meted against an individual in Sarawak is one such example.

A Facebook user was jailed 10 years for insulting Islam.

The man was sentenced to 10 years and 10 months’ jail by the Kuching Sessions Court, after admitting that he had insulted Islam and the Prophet Muhammad.

During Question Time, Deputy Communications and Multimedia Minister Eddin Syazlee Shith said the government will continue to improve and update current laws including the Communications and Multimedia Act 1998 to ensure it remains relevant to address issues involving insulting religion, the special position of the Malays and the royal institution.

“The current laws like the Penal Code under the purview of the police is among the legal instrument that could be used by the government to address offences and abuse in the form of provocation and insult against any race, religion or the royal institution,” he told Sabri Azit (PAS-Pendang).

Sabri had asked the ministry to state the action taken against those on the social media who insulted Islam, special privileges of the Malays and the royal institution.

Eddin said that legal action could also be taken under the Communi­cations and Multimedia Act 1998 for offences and abuse of the social media, based on public tip-off and other affected individuals.

“The ministry remains committed to preserving free speech of all Malaysians based on Article 10 of the Federal Constitution.

“However, as practised in other countries, there is no absolute freedom of speech, and it is based on the relevant laws,” he said.

To a supplementary question, Eddin said the ministry was also committed to raising awareness by taking continuous efforts in addressing issues of insulting religions carried out by relevant agencies.“We have held continuous campaigns for the public to educate and raise awareness on sensitive issues involving the royal institution, religion and race,” he said.