Yan: His RM10bil investment plan in Malaysia is ‘a vote of confidence’ for new Malaysia. — Bloomberg

It was indeed timely for investors to get an updated overview on China, in view of the escalating Sino-US trade war, fresh tension in South China Sea, doubts on China’s Belt and Road Initiative (BRI) and future of Sino-Malaysia economic relations.

For local participants, the most eye-opening session on China had to be the talk given by prominent fund manager Datuk Seri Cheah Cheng Hye, who outlined the potential sectors and areas for investment in China.

While many speakers exuded optimism on Malaysia-China ties, the most convincing statement emerged outside the conference.

In a statement sent direct to the media last Thursday, China’s Pacific Construction Group Ltd (CPCG) announced a plan to invest RM10bil over 10 years in Malaysia in infrastructure development, hi-tech machinery and education.

This is by far the biggest investment plan by a foreign company after the change of government in the May 9 general election.

This government change, plus the recent cancellation of several China-financed projects by Prime Minister Tun Dr Mahathir Mohamad, had sent jitters to business community in the Middle Kingdom.

But Yan Jiehe, founder of CPCG – ranked 96th in 2018 Fortune Global 500 – chooses to view Malaysia as “business friendly and one of the most competitive countries in the region”.

“The country’s fundamentals are strong. You have excellent infrastructure, a robust eco-system and a big pool of trilingual talents. Kuala Lumpur, is thus, a strategic launch pad for our expansion into Asia Pacific,” he said. 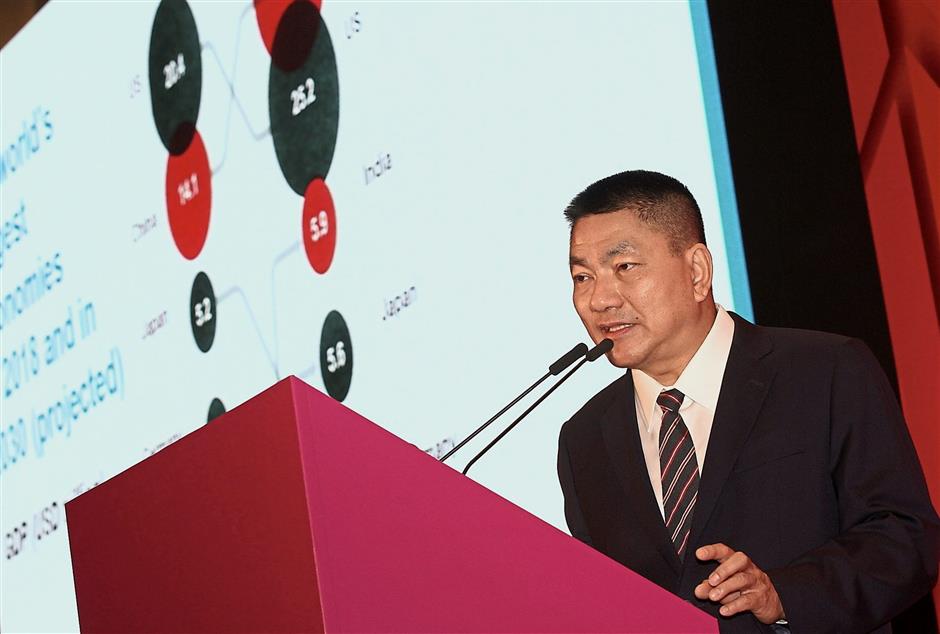 The move by China’s biggest privately-owned construction company, with annual revenue of over RM300bil, is seen as a much-needed vote of confidence for the new Malaysia.

Yan may also have a leadership influence over potential Chinese investors, currently looking to Malaysia and other Southeast Asian nations to relocate their industries in bid to mitigate the adverse impact of the Sino-US trade war.

He has shown that he does not share the anxiety of many Chinese towards the new government.

Malaysia’s sovereign wealth fund Khazanah Nasional announced at the China Conference last Wednesday that it was keen to invest in new technologies, e-commerce, artificial intelligence and new media in China.

Its managing director Datuk Shahril Ridza Ridzuan said: “We view our relationship with China as important. Khazanah wants to forge a long term bond with China to capture investment opportunities in the hugely populated country.”

At the Tuesday dinner function of Federation of Malaysian Manufacturers (FMM), Dr Mahathir declared that his current Look East Policy would mean learning not just from Japan, but also China and Korea.

Sharing his admiration for China’s achievement in technology, he repeated his government’s stand that it welcomed all foreign direct investments.

In fact, Chinese investors at the conference could get some consolation after listening to University of Malaya professor Edmund Terence Gomez and an official from Asian Development Bank (ADB).

Elaborating his point with charts and data, he said there were far more productive and dynamic investments from mainland China in various sectors that has benefited Malaysia.

At the conference, the ADB had played a vital role to clear misconception on projects linked to China’s Belt and Road Initiative (BRI).

China’s ambitious BRI, which spans more than 65 countries, has given rise to criticism that it will drag financially weak developing countries into debts they cannot repay. Sri Lanka has often been cited as an example.

ADB’s vice president Stephen Groff told a panel discussion: “I don’t buy the notion of China practising debt diplomacy. It is not a sustainable model.

“Moreover, I don’t think this is the objective of Chinese government in launching the BRI. The failure to repay loans is due to the lack of capacity and transparency.”

If countries within the region reject China’s BRI projects, they may miss out opportunities to develop their economies.

The ADB estimates emerging economies across Asia will need to invest as much as US$26 trillion (RM108.03 trillion) in building transport and smart city networks, eradicating poverty and tackling climate change.

In this regard, China’s game-changing BRI projects, which could amount to US$1 trillion (RM4.16 trillion), will have major implications for the region.

With China now a major contributor to global growth, involvement in the BRI could help strengthen links within Asean, South Asia and with China, said Standard Chartered Global Research in a report issued last week.

Already, China has become a key partner of Asean in trade, investment and infrastructure development. Asean has also gained from China’s strong economic and import growth over the past two decades. 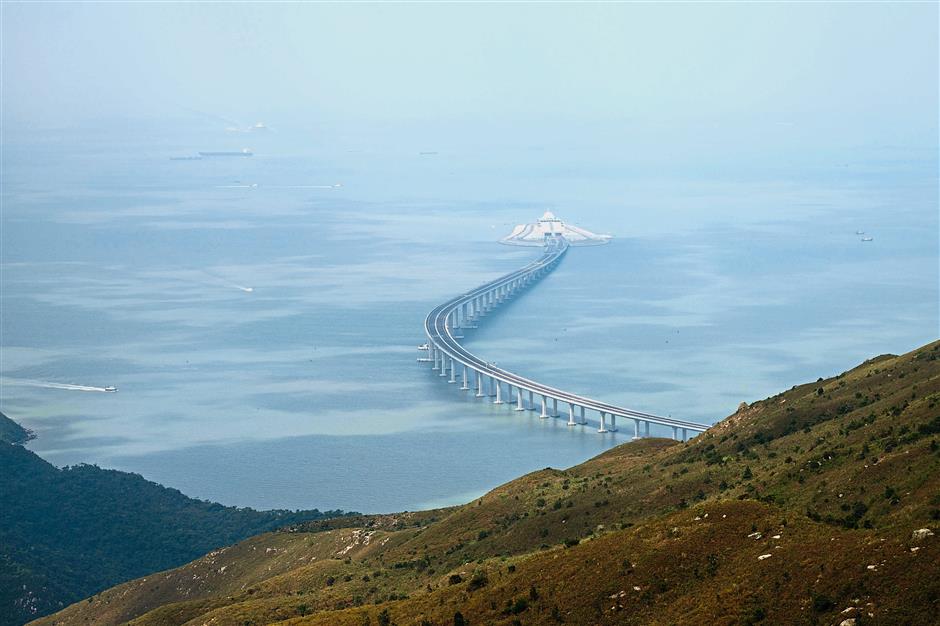 Bridging investments: The Hong Kong-Zhuhai-Macau Bridge is one of the developments under the Greater Bay Area, which is the Chinese government’s scheme to link the cities of Hong Kong, Macau, Guangzhou, Shenzhen, Zhuhai, Foshan, Zhongshan, Dongguan, Huizhou, Jiangmen and Zhaoqing into an integrated economic and business hub. — AFP

Under the leadership of President Xi Jinping, the current US-China trade war will not stop China’s continuous rise to become the second largest economy in the world in 2030 when its GDP hits US$26 trillion, according to HSBC’s forecast shown by Value Partners Group.

“China will become a high-income country in 10 years. Its demand chain is very powerful. In five years, this country can sustain its economic growth and there is no need to depend on other countries,” said Cheah, founder and chairman of Value Partners.

In fact, the intense trade war directed at slowing the economic growth of China has instead strengthened the resolve of Beijing to be self-reliant, according to Cheah.

“In the worst case scenerio, China does not need to export,” Cheah said, adding China’s strong domestic market will see its private consumption rising to US$9.7 trillion (RM40.3 trillion) in 2030 from US$4.2 trillion (RM17.45 trillion) in 2015 as he cited forecast from Economist Intelligence Unit.

These sectors are key beneficiaries from China’s consumption upgrade and growing disposable income.

Emphasising on tourism, Cheah noted only 9% of the 1.4 billion people in China possess international passports, yet outbound China tourism expenditure topped the world at US$261bil (RM1.08 trillion) in 2016.

“Can we accommodate Chinese tourist arrivals if more of them have passports?”

Noting that China has a very vibrant private sector and the world’s largest Internet population, he encourages Malaysian investors to focus on the Greater Bay Basin.

Launched in March 2017, the Greater Bay Area project aims to transform the region’s strong manufacturing base into a science and technology powerhouse.

“This is where Malaysia can see opportunities, bearing in mind Shenzhen is the Silicon Valley of China,” said Cheah.