IN order to avoid and address financial abuse in a relationship, it is first necessary for us to recognise the warning signs.

One indicator of financial abuse is when your partner takes advantage of your finances and source of income, says the All Women’s Action Society (Awam).

“Examples can include blocking or limiting access to bank accounts, expecting you to make all payments, borrowing your money without repaying, offering to take charge of budget and financial decisions, and accessing your bank statements, credit cards or assets without permission, ” says the women’s rights NGO.

Another red flag is when your partner disrespects your finances and source of income.

Examples can include criticising your career choices, persuading you to quit your job, interrupting your working hours via phone calls or physical workplace visits, or sabotaging your work opportunities.

“It is also when your partner exhibits controlling behaviour over your finances. Examples can include refusing to cooperate on or contribute to financial decisions, insisting you share your income but refusing to share theirs, or forcing you to sign financial documents without clear explanations, ” says Awam.

As a precautionary measure and to protect ourselves from financial abuse, we have to take charge of our finances from the very beginning of a relationship.

“Discuss with your partner, establish boundaries in financial management and respect those boundaries, ” says Awam.

Awam also advises everyone to have an emergency financial plan that is separate from your partner’s to avoid financial abuse and which can also function as a safety net in case of unexpected situations.

“This plan should include adequate funds, your own bank account to which you have direct deposits, your own important passwords, and copies of documents that prove your identity such as your IC, driving license and passport, ” says Awam.

It should also include copies of financial documents such as bank statements, salary payslip, tax-related documents, any bills that are registered in your name, and any documents that prove your asset ownership.

It is imperative that we address financial abuse because there are many negative repercussions that stem from it.

“In the case of domestic violence, the survivor will find it difficult or impossible to leave the abusive partner, especially when other types of domestic violence are involved such as physical, sexual, psychological or emotional abuse, ” says Awam.

This is due to short-term concerns over a survivor’s ability to obtain affordable housing and other basic needs, or long-term concerns of providing financially for themselves and their children.

“Even if the survivor were to leave the abusive relationship, they may face overwhelming odds in long-term employment opportunities, safety and financial security, especially when ruined credit scores, debt, sporadic employment histories, as well as legal issues due to the abuse are involved. Some may be forced to a state of homelessness as a result of leaving the abusive relationship.”

One particular case of domestic abuse received by Awam involved a perpetrator who chose to live separately from his wife, but would still have access to her bank account.

“Whenever she received funds from her business ventures, he would go to her house and force her to give her money to him. If she refused to give him the funds, he would beat her until she agreed to give him all her money, ” says Awam.

Controlling a person’s finances, and causing emotional distress such as this is seen as domestic violence under our current legal system, says Awam.

The NGO adds that the Domestic Violence (Amendment) Act 2017 (DVAA) has widened its definition of domestic violence to include the dishonest misappropriation of a victim’s property causing the victim to suffer distress due to financial loss.

If it can be proven that a specific transaction, or a series of actions were done under duress, undue influence, coercion or fraud, it may be possible to render that transaction null, void or make it possible to claim personal damages, says the Women’s Aid Organisaion (WAO).

“However, for many survivors – access to justice under civil law is unlikely as they may not have the financial capacity to hire a lawyer. It is also difficult to prove fraud, forgery or coercion when it happens within the four walls, or continues to happen with the knowledge of the survivors, ” says WAO services director Charlene Murray.

Murray adds that in situations where survivors have had their identities used for personal loans or fraudulent activities against their consent, the act is illegal and it is advisable to report to the police.

“Survivors can call Malaysia Muslim Consumers Association (PPIM) and Credit Counselling and Debt Management Agency (AKPK) for advice. For survivors who have been threatened, they can refer to the Penal Code Section 383 which addresses Extortion, ” says Murray.

Abuse is often seen as a taboo topic to talk about because there is a lot of guilt, shame, self disempowerment and embarrassment that comes along with it. However, victims should never should never feel at fault, she says.

“A person who has been financially abused is often emotionally manipulated to believe it is the norm and can be made to feel powerless. This makes it less likely for them to articulate or report the issue, ” says Murray, who advises everyone to maintain a separate bank account, and for survivors to talk to friends and family who may be able to help.

“Unfortunately, this is the most common form of domestic violence, particularly when women take on the role of the mother and homemaker.”

Murray explains that when a person loses control over his/her finances, just like any form of abuse, there exists an unequal power dynamic.

“It takes away the decision-making autonomy and ensures the person is dependent on the abuser.” 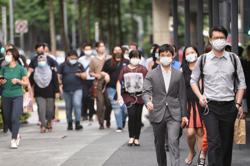