AS RATEPAYERS, we pay our assessment tax twice a year and the funds go towards the local council to, among others, maintain public amenities.

A recent incident involving a colleague, who tripped over uneven tiling in PJ New Town in front of Petaling Jaya City Council (MBPJ) headquarters where she ended up with a broken foot, was a jarring reminder on the need to prioritise public safety.

It turned out that many others, including my colleague’s sister-in-law, had fallen at the same spot too.However, I am not sure if they reported those incidents.

Mind you, they took place over a couple of years, and all within the vicinity of MBPJ.

While my colleague — a certified fitness trainer and yoga instructor — is physically fit, I shudder to think what would have happened if an elderly or frail person had fallen due to the uneven tiles.

After the matter was highlighted in StarMetro on Feb 3, the spot where the incident took place was resurfaced as a short-term measure about a week later.

It seems that tiles which are broken or popping up are a common feature in the vicinity.

The MBPJ councillor in charge of the area, Bryan Ng, said a long-term solution to address the uneven tiling was in the pipeline.

But this begs the question: why must accidents happen before anything is done?

Let’s be honest, when unfortunate incidents befall us journalists, we have a slight advantage in getting the attention of the authorities.

But this does not mean the rest of the community should be left without recourse.

Local councils should be held responsible for not providing and maintaining facilities in public areas within their jurisdictions.

A research paper titled “Government Delivery System: Effectiveness of local authorities in Perak, Malaysia” published by the Architecture and Environmental Design Faculty of International Islamic University Malaysia, said local governments in the country must be more responsive in meeting the community’s needs and be able to deliver according to their functions.

In addition, the authors suggested that to ensure they provide good service, an assessment of the local councils’ performance was required.

The paper, which was presented at an international conference on quality of life, stated that “there is a crucial need to evaluate the local government’s performance due to the public’s concern about quality services and the greater role expected from local governments”.

It could have been worse for my colleague. She could have fallen and injured her head.

In this case, MBPJ could have addressed the issue sooner, besides acknowledging that it was a serious problem.

Just patching up the faulty tiling and leaving it until the same problem crops up again will not do. All local councils need to have a team looking out for problem areas or potential hazards that are a risk to people’s safety and rectify them before an accident occurs.

Perhaps it is time to put in place a mechanism to assess local councils’ performance. 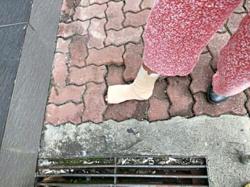 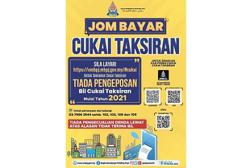 Go green, go easy on your wallet
What it takes to be a journalist
‘Protect vulnerable maids’
Empower people in new norm
Combating infodemic in a pandemic
CNY celebrations must go on
MBPJ should give ratepayers alternative to checking and paying bills online
Proposed PJ Dispersal Link route similar to scrapped Kidex
Low-key CNY plans in new norm
Give CNY celebrations a miss!