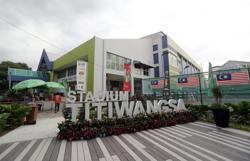 Revathi’s broken foot was a result of it getting trapped in-between the uneven tiles in Petaling Jaya New Town.

A LONG-TERM solution is needed to address the problem of uneven tiling of pedestrian walkways around Petaling Jaya New Town.

City councillor for MBPJ Zone 13 Bryan Ng said the resurfacing works would only be a short-term measure to prevent the public from getting injured after tripping over the broken or popped up tiles.

“The long-term solution would be to remove the old tiles, resurface the area properly and replace with proper tiles or with better materials that could be easily maintained over time, ” he told StarMetro.

Ng, who is in charge of Section 6,7, 9 and 52, said the uneven tiling problem in PJ New Town was among a few issues that were being dealt with to ensure the public’s safety.

The matter came to light after a few people suffered injuries after tripping on uneven tiles on the pedestrian walkways in front of the Petaling Jaya City Council (MBPJ) tower on Jalan 52/4.

Star Media Group assistant editor Revathi Murugappan was one of the unfortunate people whose foot got trapped in between the tiles, causing her to fall and twist her foot.

Revathi, was doing her errands in the area on Jan 22 when the incident happened. “As I was walking towards the row of shops, my shoe got stuck within the tile gaps, causing me to trip.

“I had to break my fall with my elbow, but my foot got fractured in the process.

“I was in excruciating pain, but some passersby came to my aid, ” she said, adding that they told her there were others who had fallen at this same spot.

Revathi sought emergency treatment at a private hospital, where an X-ray revealed that she had broken a bone.

“I was in the area to settle some banking matters when the same thing happened to me.

“My foot got caught in the uneven tiles and I fell, injuring my elbow.

“Luckily, I did not hit my head and face.

“This entire area in PJ State is riddled with uneven tiling, ” Sujata complained.

She chided the relevant authorities for not addressing the long-standing problem in the area.

“Are they waiting for more people to get serious injuries before doing something?” she asked.

StarMetro reached out to MBPJ and Petaling Jaya mayor Datuk Mohd Sayuthi Bakar who has yet to respond.

Ng, meanwhile, said the area had been resurfaced recently. However, he assured that the problem of uneven tiling would be addressed properly in the long-term.

“I will make sure everything is done properly, but it will take some time because we have to deal with multiple parties and vendors.

“The movement control order posed further difficulties and delays to the work, ” he added. 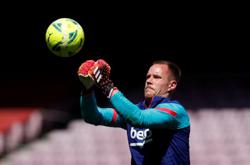