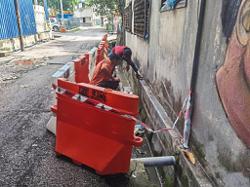 “We recently imposed this condition in our approval process, and developers must now include this when planning their projects.

“We must move with the times as renewable energy is the future.

“Renewable energy is cleaner and helps combat greenhouse gas emissions and is better for the environment, ” Mahadi told StarMetro.

Mahadi hopes to see more buildings and residential properties in the city switching to renewable energy as it would be cheaper in the long run.

He said going green was one way to reduce consumers’ financial burden.

“DBKL spends an average RM76mil a year on electricity bills.

“This is needed to power up city assets like street lights, parks, offices, community halls, sports facilities, stadiums and other facilities.

“If we cut back on power, we could use that money for other things like building more infrastructure to promote healthy living, ” he noted.

“Apart from the fact that it is cleaner and there is less carbon emissions, people are healthier and will live longer, ’’ Mahadi added.

Asked if there would be a move to get Kuala Lumpur folk to embrace renewable energy, and whether DBKL would consider assessment rebates for households that have solar panels, the mayor said, “That topic requires further discussion and a lot of planning.

“It is not something that we can just implement without weighing in all the factors.

“But that is why I keep stressing that visibility is crucial and the Wangsa Maju Section 1 — zero carbon township project will be the test case, ” he added.

Mahadi said DBKL needed businesses and residents to come on board to make the plan a success.

“In the long run, switching to renewable energy is better and helps reduce electricity consumption.

“We need advocates to push for this and that includes the media, ” he added. 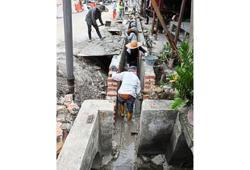 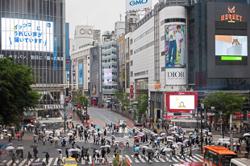