A bird’s-eye view of Subang Jaya and surrounding neighbourhoods with the MPSJ building in the centre. — Filepic

MPSJ president Noraini Roslan said the council had been a municipality for 22 years, since 1997 after Petaling District Council was upgraded.

“MPSJ received the consent of the Sultan of Selangor that the date of declaration for Subang Jaya City Council will be on Oct 20,2020, ” she said in a statement after the council’s full board meeting.

Noraini also announced several new guidelines in line with the government’s decision to move into the recovery movement control order (MCO) from June 10 to Aug 31.

“It is mandatory for all business premises to use the Selangkah system.

Attendees must follow the standard operating procedures (SOP) by Health Ministry, National Security Council as well as the Housing and Local Government Ministry.

Noraini said officers from the Commissioner of Buildings would monitor the meetings to ensure residents followed the SOP.

Facilities in common property such as swimming pool, gymnasium, surau and multipurpose halls can be used but the people must also follow the SOP.

The MPSJ president reminded visitors to the Muslim cemetery in USJ 22, Subang Jaya, which was opened to the public on June 11, to abide by the SOP as well, including wearing face masks.

Among the MPSJ facilities that have already been opened to the public are Arena MPSJ (only for jogging) and MPSJ’s multipurpose halls (only for badminton) while Kompleks 3K will open on July 1 (badminton and gymnasium only). 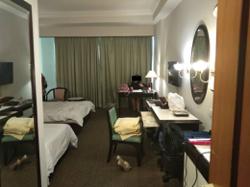