While I’m all for “Malaysian timing” and am perpetually “on the way” to brunch with friends, punctuality is something that I observe to a tee whenever I’m travelling. In fact, I would rather overcompensate for time during my journey abroad.

If the flight departs at 7am, I would already be at the airport by 3am. The last transfer back to the hotel is at 8pm? No problem, I’ll be among the first in line for the shuttle.

Such is not the case during my maiden trip to Hong Kong to board a cruise ship for a reporting assignment.

Having touched down at the Hong Kong International Airport at 2pm local time and collected my luggage, I have about three hours to spare before the ship’s check-in time at 6pm. There are over seven million people living in Hong Kong, in a relatively compact area.If it were up to me, I would head straight to Kai Tak Cruise Terminal and explore the area nearby. The two other journalists – Lean Hooi and Jie Yin – whom I was travelling with, had other ideas in mind.

“Let’s go get lunch in the city. And if we have time, maybe we can do some shopping too, ” said Lean Hooi.

At this point, I was beginning to play up the worst-case scenario in my head: What if we get caught up in the evening rush hour and the ship departs without us?

Before I could protest, Jie Yin had already whipped out her phone to search for possible eateries. Unlike me, both my companions have been to Hong Kong before and are familiar with the cityscape.

And so I found myself boarding the MTR from the airport to the city. We alighted at the station in Central and kept our luggage at a storage space.

Upon exiting the station, we were immediately assaulted by an array of sights and sounds.

Everywhere I turned, there was one skyscraper or another blocking out the afternoon sun. There are over seven million people living in Hong Kong, in a relatively compact area.

This makes the special administrative region of China one of the world’s most densely populated areas. I certainly wasn’t prepared to land in the thick of action at one of the most bustling venues in the city.

But there was no time for reverie as I struggled to catch up with my travel companion amid the huge crowd of people. 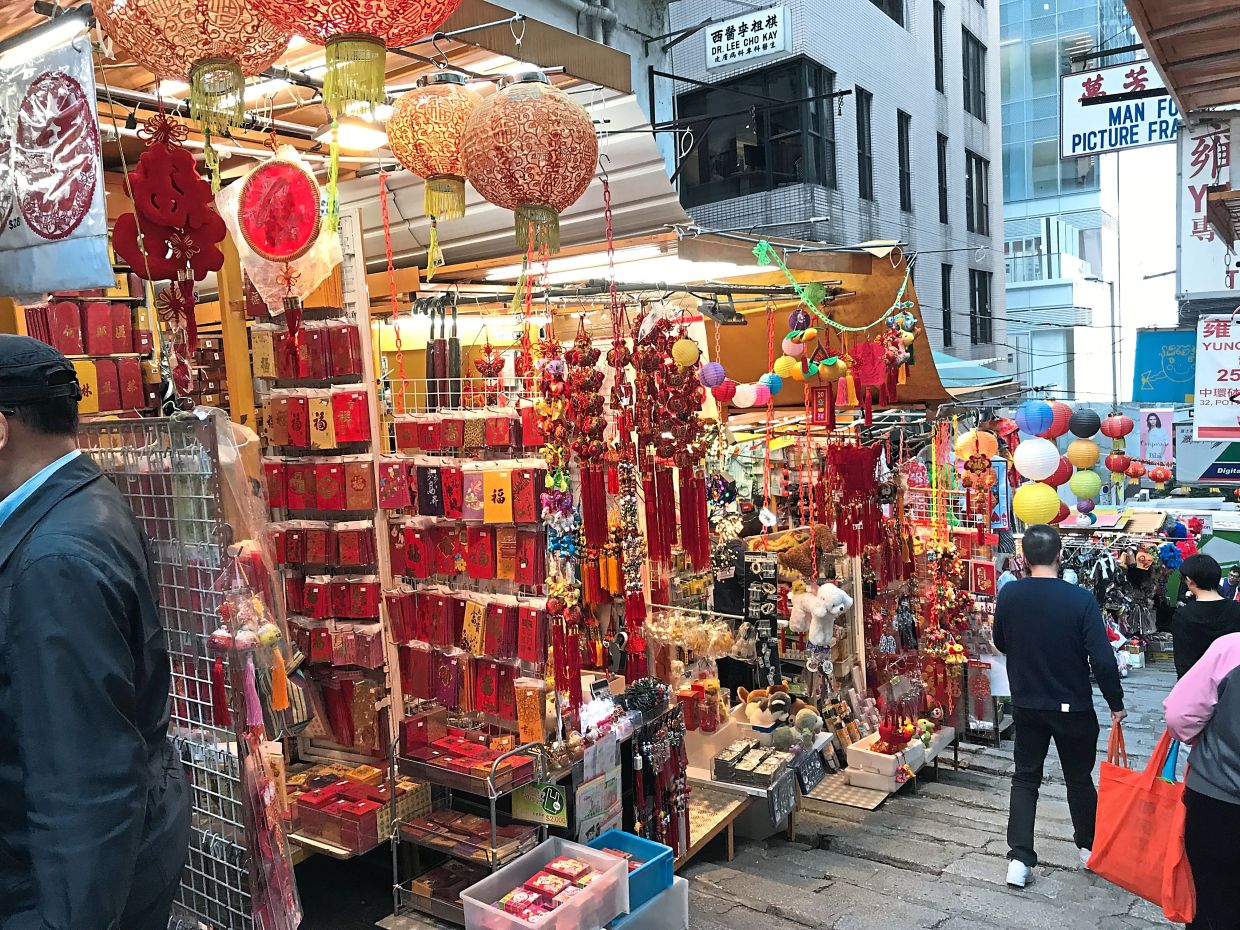 There are many street stalls in Hong Kong’s Central area that sell interesting trinkets.

Despite its accolade, the venue was surprisingly unassuming. Chinese lanterns adorned the front of the shop and heavy wooden furniture decorated its interior.

With the exception of us and another dining party, the restaurant was deserted when we visited in the late afternoon. Lean Hooi, however, mentioned that there’s usually a long queue during lunchtime.

It could be that the place was empty because locals leave as soon as they are done with their meals. If you’re thinking of sitting down for a chit chat after lunch, prepare to receive disapproving looks from the elderly restaurant staff.

My stomach growled a little when my wanton noodles were served. My noodles, which included toppings of fresh fish balls and slices of beef, was priced reasonably at HKD40 (about RM20).

By the time we were done with our meals, it was already 5pm and I was beginning to get anxious about the time. The writer checking out the street elevator, which can get really crowded at peak hours.Since it was my first time in the city, my companions decided that we should do some quick sightseeing. With about an hour to ship check-in, I tagged along as Lean Hooi and Jie Yin gave me a condensed, but diverse, glimpse of Hong Kong.

We stopped at Lan Fong Yuen for some milk tea and then checked out some street stalls at Wellington Street. They also showed me the famous Pottinger Street which is paved unevenly by granite stone steps.

I even got to go on a short ride on Hong Kong’s street escalator.

At this point, I got carried away by all the activities and was trying to see more of the city within a short frame of time. It was Jie Yin who finally reminded us that we should make our way to the ship.

After collecting our luggage, we got into a taxi. When the elderly driver heard that we are trying to catch our cruise check-in time, he nodded gravely.

“It’s rush hour now, there will be traffic. I will try my best, ” he said.

There was indeed a bad traffic congestion, and we arrived slightly later than the designated time on the itinerary.

But looking back now, I’m glad we had taken a detour to the city. Perhaps in the future, I might even sign up for a quick city tour during long layovers at the airport. 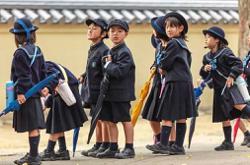 What will be the fate of our children amid the pandemic?
'First to close, last to reopen' spas in Malaysia struggling amid another MCO
Discover ruins, ghosts and cats at this open-air museum in Rome
Malaysian bus operators and drivers do whatever it takes to survive pandemic
What does it take to save Malaysia's handicraft sector amid the pandemic? Premium
Kuih baulu, a sweet and traditional treat during Hari Raya
Hari Raya: Malaysians in HK stay close to home with food and technology
Sarawak's Bario has more to offer than just rice
Civita town in Italy makes a living out of dying
Malaysian friends lose track of time in NZ garden