The writer (second from left) with a few of the travel operators at Bohey Dulang in Semporna, Sabah. — Photos: LEESAN

In early October, United States President Donald Trump tested positive for the coronavirus, but was “miraculously” cured barely three days later. Will this miracle help him win the November election? Right now the duel between him and Joe Biden is in its final countdown.

Who will claim the eventual victory?

The world had been keeping track of the US presidential election, which seems to have swayed in Biden’s favour. But the thing is, so far, over eight million Americans have been infected with Covid-19 and more than 225,000 have perished. Who should be held accountable for all this?

Understandably, countries like China, North Korea, Russia and Iran are hoping that Trump wins the election, for their own gain. What about you? Who do you hope will win? 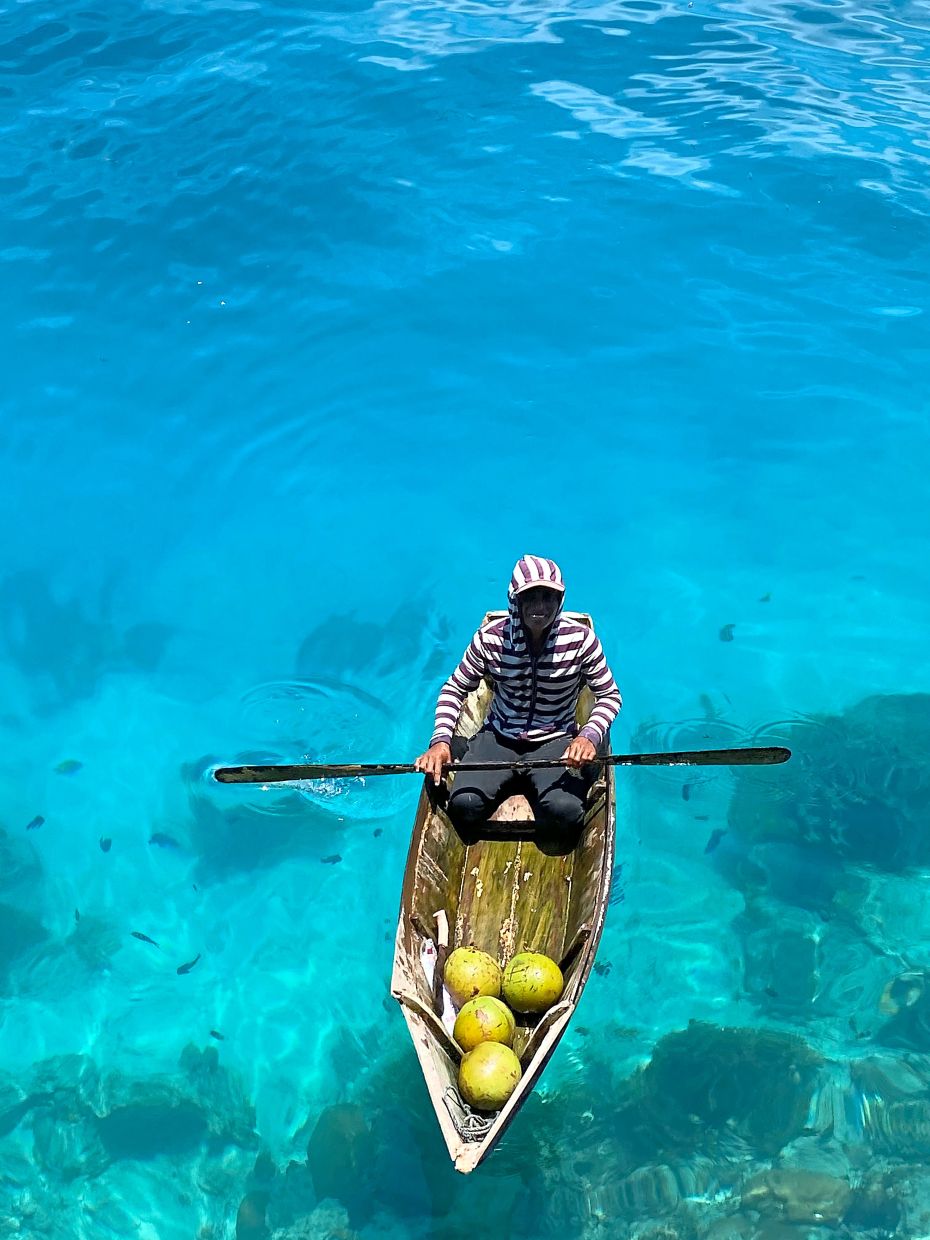 In Semporna, thousands of local residents rely on tourist income to make ends meet.October also sees the release of the iPhone 12, but having browsed through so many comments, it can be deduced that Apple fans don’t seem that excited this time around. What’s wrong? Lack of novel ideas or just Covid-19 mood?

Same here, actually. We’re all running low on money so we shouldn’t be spending needlessly. In fact, I have waited for 10 whole months to start work again, and it seems like I still have to wait a little while more.

There’s no harm in waiting for the iPhone 13’s release then.

At first, we expected Donald Trump to give the world a big “October Surprise” – a Covid-19 vaccine. But it seems like China could be among the first countries that produces a successful vaccine. To date, two US firms have failed their Phase III trials of a vaccine and have decided to drop the plan of producing them.

Even so, I’m still willing to receive the first jab from the US, even as Democratic vice presidential candidate Kamala Harris said she would not take a vaccine recommended by Trump. What a shame that only a few Americans trust their president.

Restlessness, frustration and animosity are fast choking the world’s most powerful nation, the largest economy and melting pot of cultures. I believe it is human ignorance that brings the downfall of the US. The two old men now vying for the presidency are already 74 (Trump) and 78 (Biden). I don’t want to offend senior folks, but among more than 300 million Americans, isn’t there anyone else who aspires or is fit to be the US president?

Americans should at least pick some young and brainy chap in the likes of Emmanuel Macron (president of France) or Justin Trudeau (president of Canada) so that there’ll be hope for the US tomorrow, and the world can be back to normal again.

Unfortunately the US is not the only place to feel uneasy these days. Record infection numbers are registered almost on a daily basis in Europe and much of our world (except maybe Australia and New Zealand), reaching a high of 450,000 new cases in a single day.

Here in Malaysia, we have found ourselves equally besieged without any warning this October.

The third wave of coronavirus infections has descended upon us. New highs (positive cases, deaths, clusters) are registered every other day. The conditional movement control order (MCO) has been reinstated in two states, three federal territories and several cities and towns.

Amid all this, politics is still the most popular topic in the country. It seems like every day, there is something happening in the political scene.

There are possibly two million people out of work today in Malaysia, and I feel like these politicians don’t seem to care much about it.

That said, I do agree on the reinforcement of control measures for the containment of Covid-19. The daily infection numbers during this third wave have been higher than when we first started the MCO in March. The consequences will be unimaginably horrifying if or when the nation’s line of defence is breached. We will be rendered completely helpless.

So this is why prevention is always better than cure. And it’s better to be safe than sorry!

Chinese foreign minister Wang Yi brought us a wonderful message during his recent visit to Malaysia. He said that we are going to be among the countries to receive the first batch of Covid-19 vaccine from China.

However, our government has yet to draw up a substantial solution on vaccine distribution, though the World Health Organisation has a comprehensive and effective set of scientific guidelines. It is of utmost priority that the frontliners get it first, followed by the very young and aged, and then the rest of the population.

As for the cost of injections, the US, Japan and the Philippines have affirmed that their governments will foot the bill. Others like China, Taiwan, South Korea, Singapore and the European Union are expected to follow suit very soon. What about Malaysia?

Cuti-Cuti Malaysia has momentarily hit a snag this month, but that’s okay because safety comes first. We can always restart our journeys later. Most importantly, we need to cooperate in adhering to the SOP laid out by the experts in hopes of defeating the virus. Mabul Island is one of the most beautiful islands in Sabah, and the writer hopes more people will visit the place once it is safe to do so.

I have faith that this whole thing will soon be behind us. That’s when we will hit the road again, together.

Today is the end of October. Our friends in the east coast of the peninsula are quietly awaiting the arrival of the north-east monsoon. Rough seas, heavy downpours and floods are nothing new to them, as they have learned to live with these natural elements.

In the months to come, we too must learn to live with the virus, fight it, and adapt ourselves to the situation.

We have been “besieged” or overwhelmed this month. Perhaps we can make the best of this unique opportunity to adequately equip ourselves in anticipation of a full-fledged recovery in near future.

I am looking forward to a better November and an even better December. I think we are all ready for some good news!The views expressed are entirely the writer’s own.